With shows like Kota Factory, State of Siege 26/11, Hasmukh, Sacred Games and The Family Man at helm, why are Indians talking about all the cringe content? 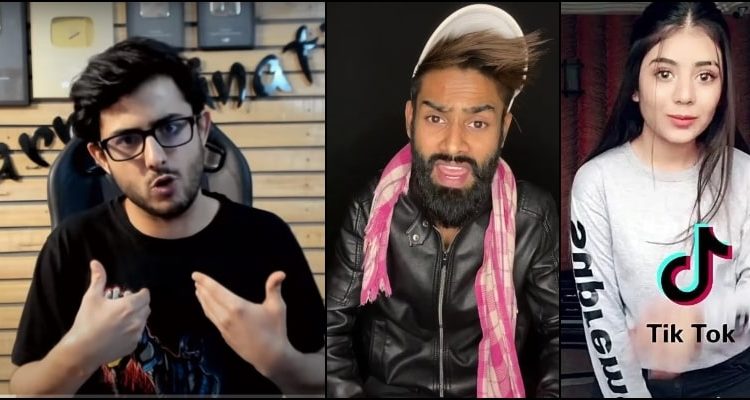 The first thing that comes to my mind when I see TikTok celebs with their massive following, is that there’s content here and there and everywhere.

You don’t have to read every janhit mein jaari (issued in public interest) news to know that Ajey Nagar (Carryminati) recently roasted Tik-Tok’s Amir Siddiqui after the latter challenged them in an IGTV video and threatened them to not copy Tik-Tok content. 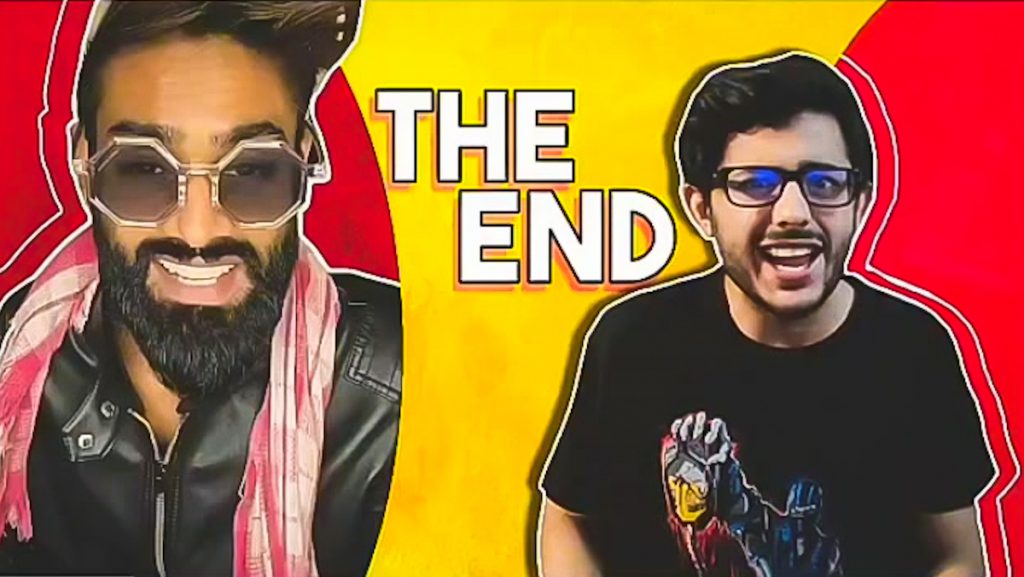 Firstly, it was baffling enough to think that these Indian TikTokers have the balls to call shots on others despite giving out the shittiest, the crappiest content I have seen in my entire life.

The kind of shit cannot be unseen even if you decide to drop a bottle of sanitizer inside your eyes. (just kidding, please don’t try this)

Crying cyber-bullying after inciting a roast

Secondly, defending women equality, empowerment and other such social causes are understandable. But defending CRINGE is something we all must voluntarily choose to avoid. 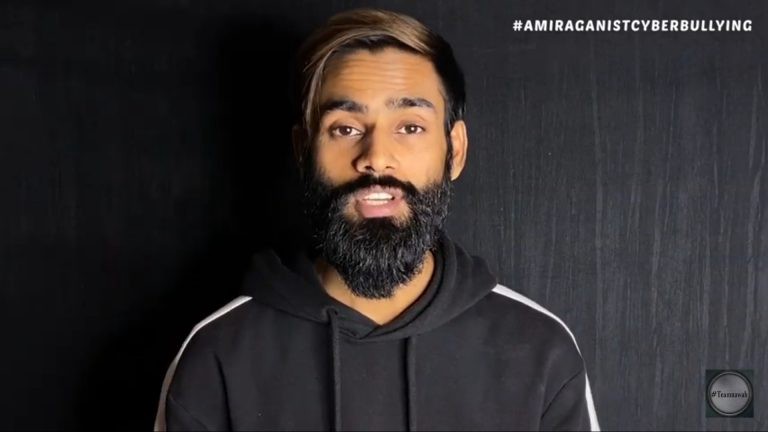 Carryminati, in his quest to become one of India’s most successful YouTuber, left his studies and dropped out of school early. His soul is the gaming world and live streaming is his thing. But from live streaming to roasting – Carry – covered a lot of unwanted distance, which doesn’t go down well with the platform that made him, i.e., YouTube. 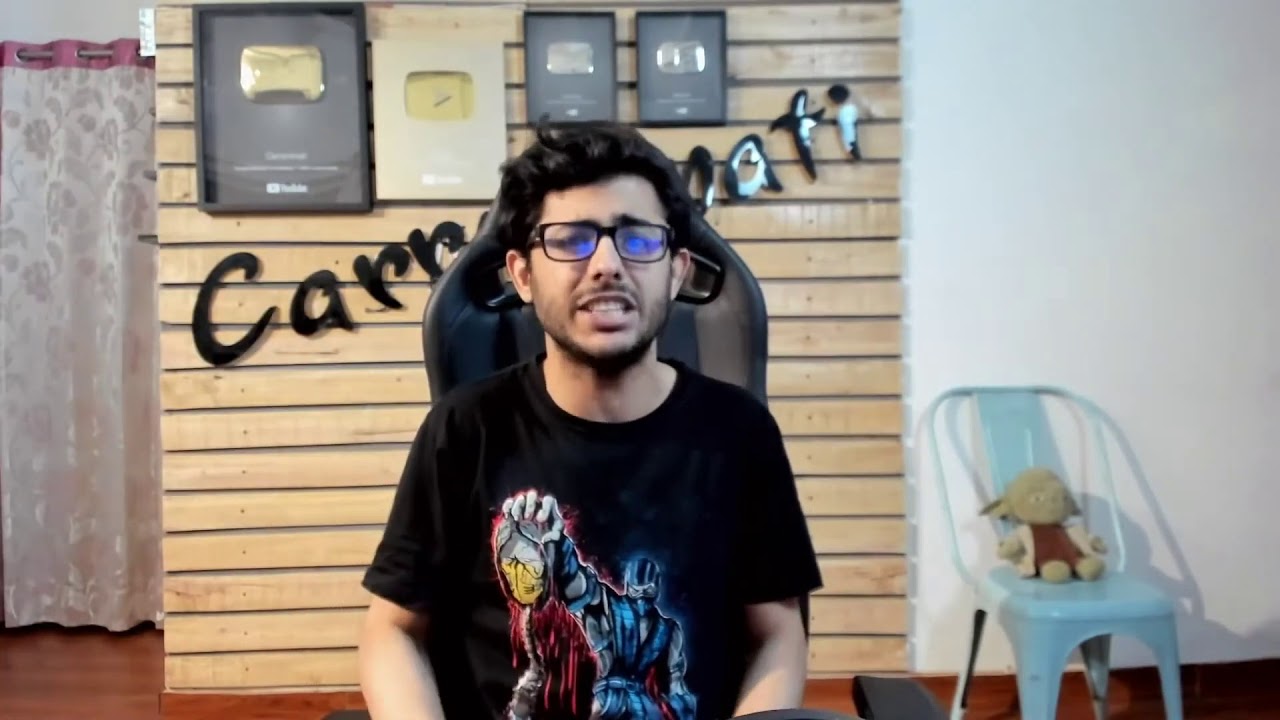 YouTube taking down Carry’s video, which fetched him close to 70 million views and over a million likes, meant that YouTube’s policies (at least the ones that we believe to be legit) differed in opinion & wasn’t ready for the crap that Nagar offered in his roast.

To teach the cringe-stars of TikTok a lesson, Carryminati bent a tad-bit too much. Maybe not the viable solution to address the crass culture that’s been steadily rising.

Come, 2020 – we are in a lockdown and the world needs better content than ever before! Yet, YouTube & TikTok were nowhere close to what others are delivering on their end. 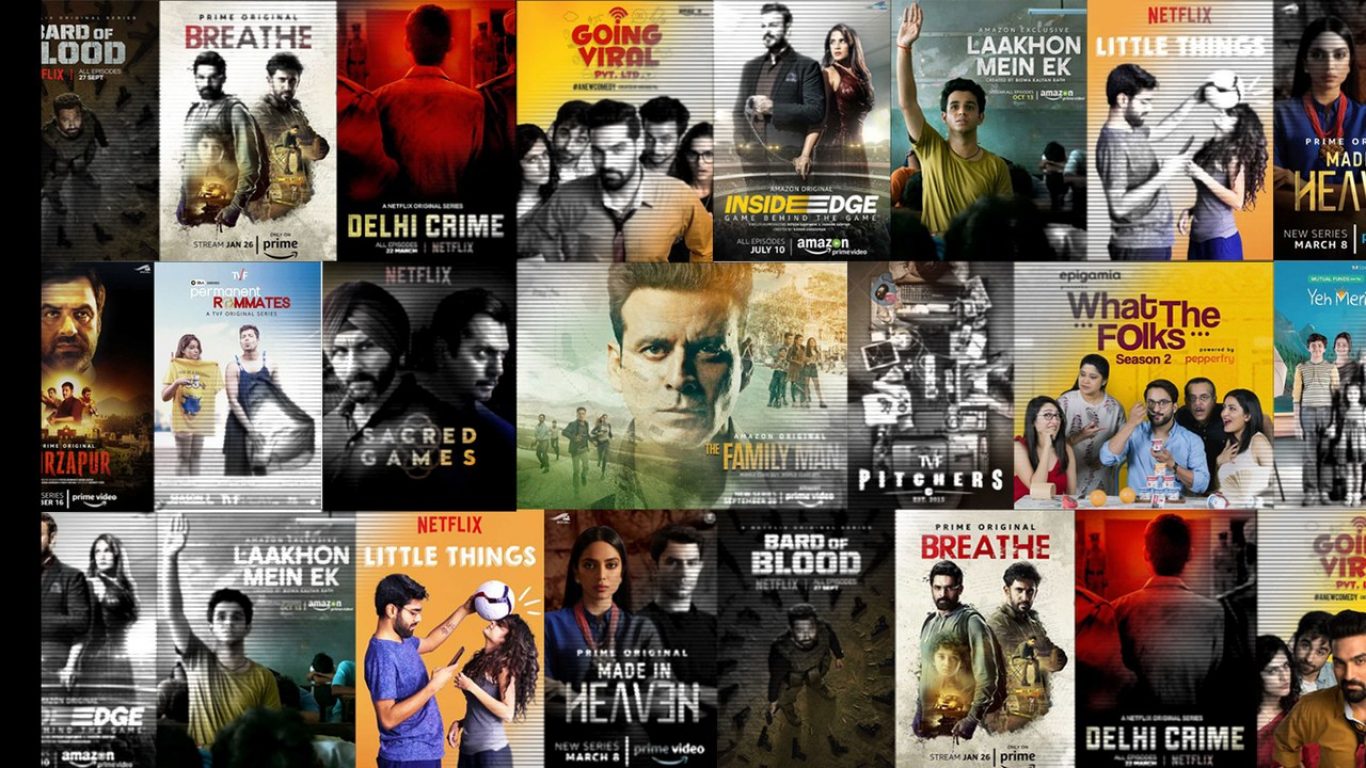 With meatier shows and bossier characters being written and discovered in the latest shows on Amazon Prime, Netflix and other streaming apps like Voot and Zee5, there’s some hopelessness in the world of YouTube about matching the quality and sheer quantity.

Netflix – with originals like Sacred Games, Money Heist, Narcos and other shows captured big chunks of the Indian market. Prime followed suit with shows like Mirzapur, The Family Man and the latest, Paatal Lok. Hotstar too jumped the bandwagon with shows like Special Ops, Criminal Justice and Hostages.

Other platforms like TVF Play, Voot, Zee5, Eros Now, among others mark a revolution in the Indian OTT sphere.

TikTok stars are too busy with their cringe to sense the noose tightening – but alas that’s again expected.

Coming back to the roast – Carryminati’s choice of words are not godly to be honest. Neither is the policy to call out the attitude of dressing up as a woman, a transgender or someone not from the regular sphere. 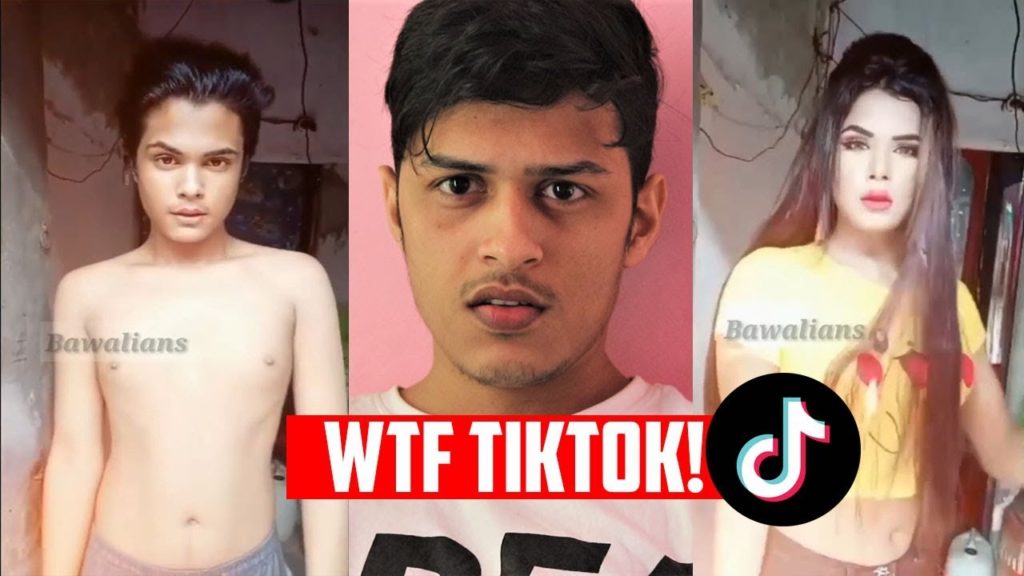 Even though this kind of shit needs to be called out – we still have to be careful to not hurt or oppress an already marginalized and oppressed society.

Stereotyping people as gay, lesbians, fanatics and lunatics is not good. Why? Because when these cringe-stars on TikTok get called “beti” (slang for someone with girlish behaviour), you demoralize and demean an entire community of eunuchs, transgenders and people afraid and confused about their identities.

But despite garnering millions of views through that very same way, Nagar’s video was deleted and hence nullified by his cherished platform YouTube.

After complaints from thousands of people, the video was taken down for failing to meet YouTube’s community standards and guidelines. Which, I think is fair enough considering we know how TikTok stars must’ve ganged up to call out Carry’s roast, despite fueling the fire themselves.

But those guidelines quickly disappear when someone like Pewdiepie roasts Indians and the same cringy content is spewed out during the whole Pewdiepie vs T-series row. 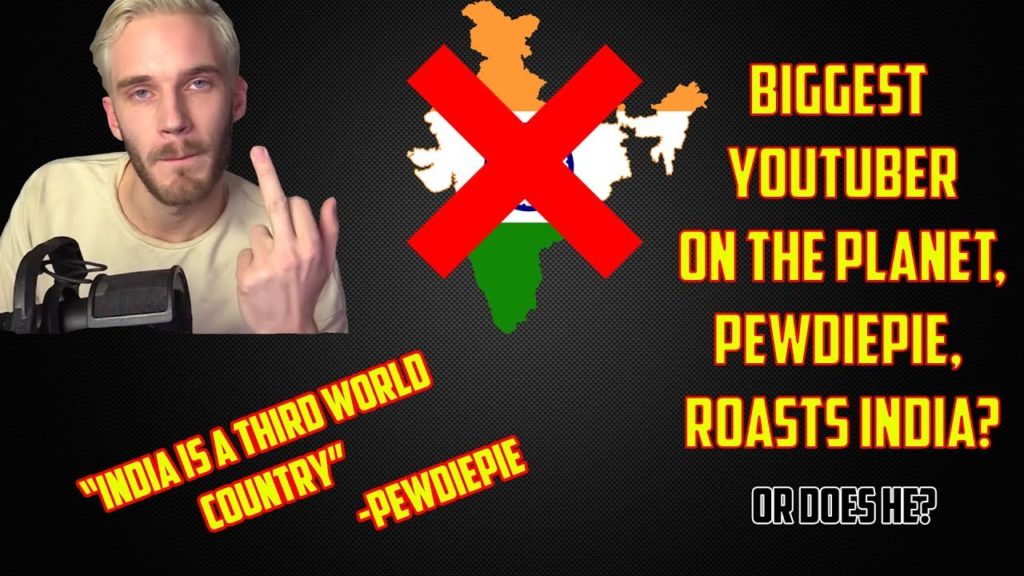 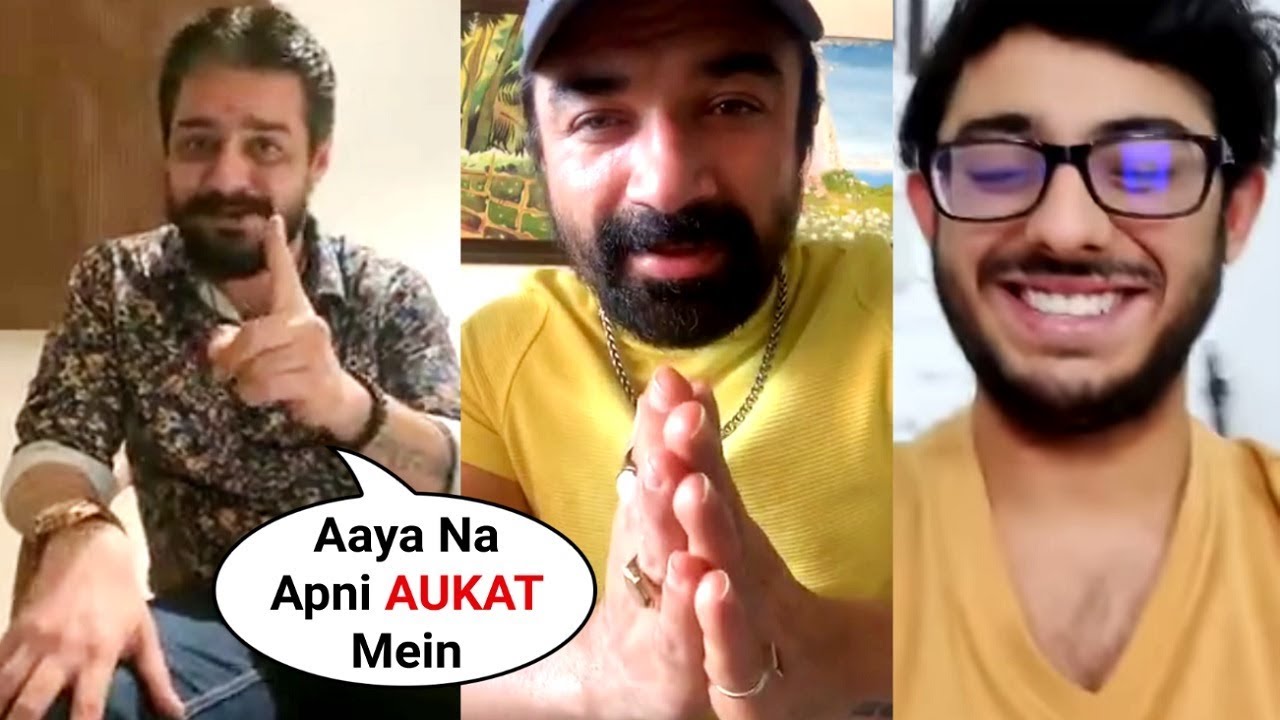 If you know the likes of Hindustani Bhau (Vikas Fhatak) and Aijaz Khan (Bigg Boss fame), you are already familiar with the type of crass & abusive media that flows into your screens.

Though Bhau is funny, the expletives he mouths are not!

When both parties diss with the same intent and energy – it gets difficult to pick one. Carryminati’s roast gave me a similar experience, where I scrambled for my earphones while listening to all the “Maa-Behen” with the addition of homophobic slurs, which should not be reproduced here.

This culture, should best be left for fighting anchors on a wannabe channel like Republic TV. 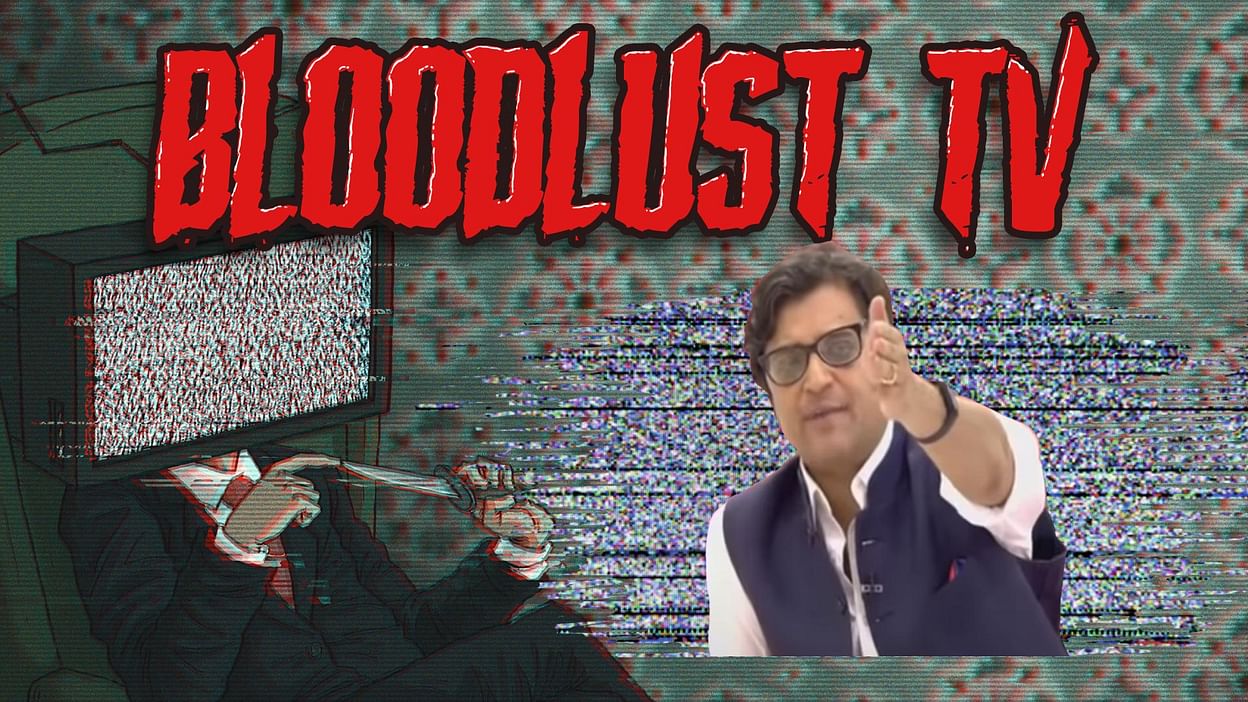 With the problems, comes the solution –

When we say there’s a lot of discrepancies in the new-age content vetted out by the YouTubers and TikTokers in India in 2020, we certainly mean there’s better content out for you to watch.

We, as an audience, may agree to the rants, the slurs and the adult language used in these mediums but remember it may impact adversely on young minds trying to establish & align a thought-process into the real world. Don’t misguide them.

Like, your son or daughter should not take an easy way out by calling someone “lauda or laudi” (slang abuse in Hindi)

It is better to monitor the content you consume and that which serves your children’s attention. Grab a popcorn but make sure you don’t enjoy consuming cringe while buffing on it.

By the way, Tik-Tok stars should also mend their ways and act according to their physicality. Rather than pretending to be someone they’re not. 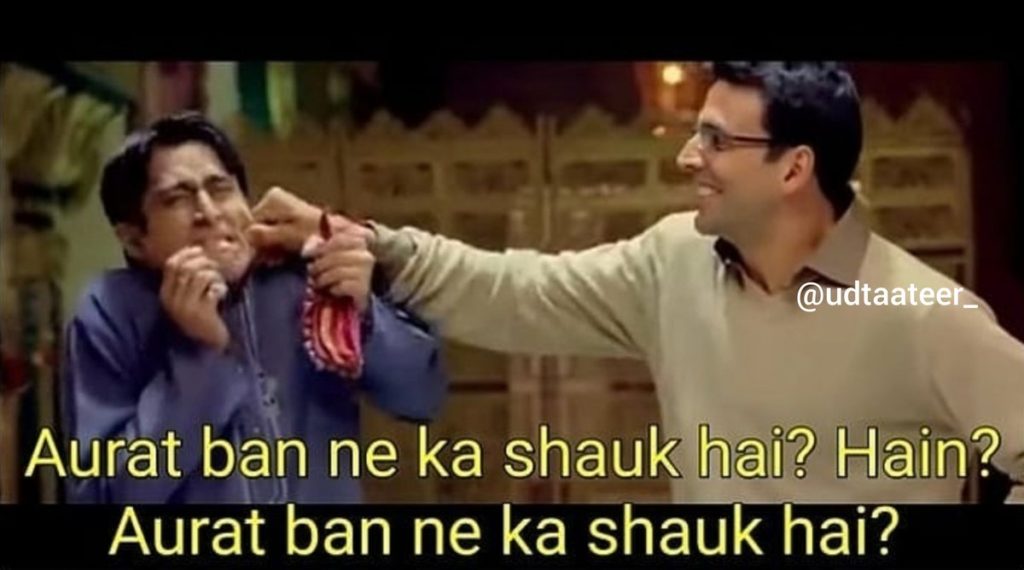 Where there is a pool of talent, continuously engaged in making better quality shows, a cringe-reminder like this roast shows we’re too close yet too far.

For every Jeetu Bhaiya, we have an Amir Siddiqui daring to do the unthinkable! But Indians, you simply deserve better. 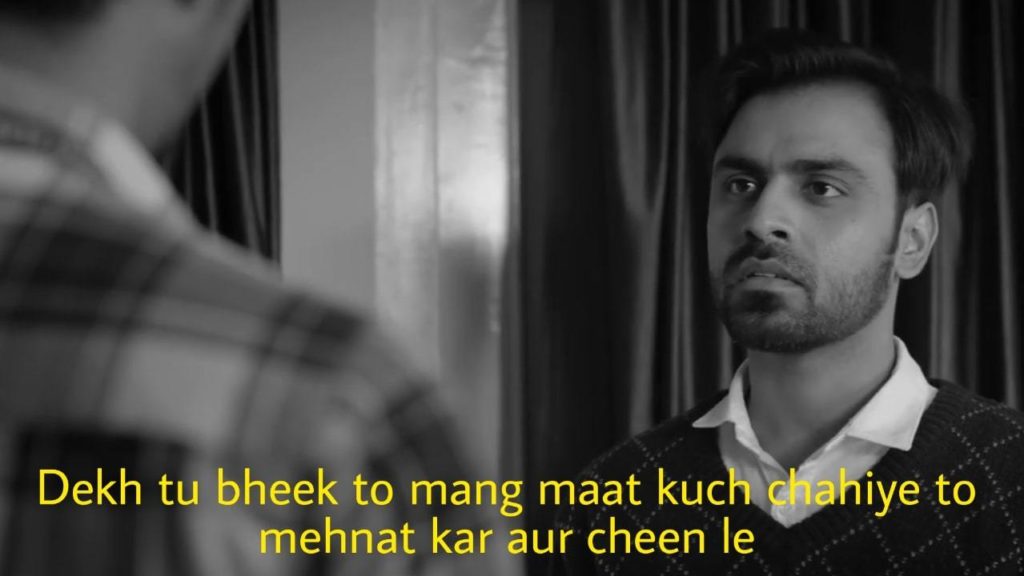 To those who’ve reached this article’s end – thank you and hope you stay away from the crappy, crass culture we’ve started enjoying as a non-progressive society

Rather, we suggest you watch Paatal Lok, now streaming on Amazon Prime Video. Fantastic craft for the eyes and the mind.

Paatal Lok Is A Show Straight From Heaven During This Lockdown