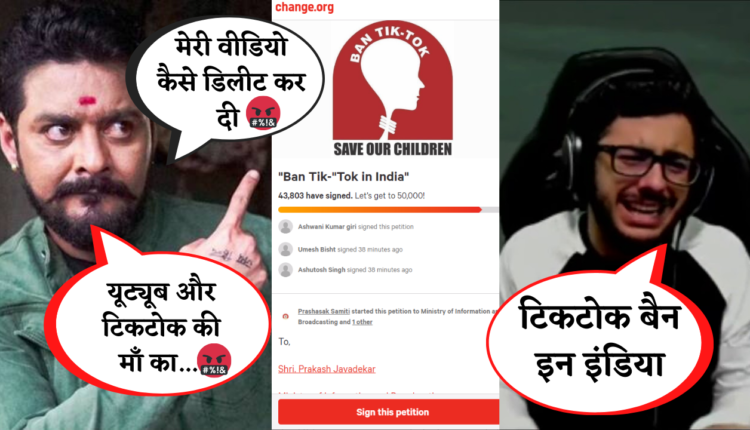 After CarryMinati’s video deletion from YouTube, many popular YouTubers have come forward to support him. Their names include Ashish Chanchlani, Harsh Beniwal, Hindustani Bhau, Lakshay Chaudhary, Elvish Yadav, and Raftaar.

Why CarryMinati Video is Deleted?

The answer to why CarryMinati’s video is deleted is that the video was violating YouTube’s guidelines. Not just that, it is also speculated that it was offending to LGBTQ community and mass number of people have reported his video.

Talking about YouTube vs TikTok drama, it all started with Elvish Yadav’s roast video. To which, Amir Siddiqui responded and blamed all YouTubers that they make fun of TikTokers and don’t respect them. Now, big YouTubers are saying that if Amir had problems with Elvish’s video, he shouldn’t have tagged the entire YouTube community – which makes sense.

After that, CarryMinati roasted Amir Siddiqui for his nonsense video. And since then, CarryMinati’s video broke almost all records in India which started YouTube vs TikTok trend.

After watching Carry’s video, Amir Siddiqui came back but this time he managed to gain sentiments by bringing in LGBTQ community. Also, it seems that a large number of people reported CarryMinati’s video and YouTube took it down, turning this trend into a fight.