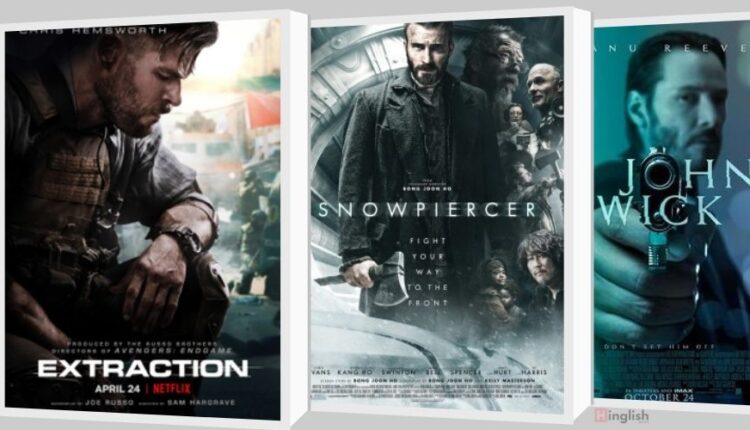 Do you know what makes our adrenaline rush? A good action movie. The explosions, risky heists, car chases, and crazy fights choreography. All these cinematic assets make our blood pump. We’ve put together a top 7 best action movies on Netflix right now, with your favorite heroes or villains. Check this out below!

We all need an escape. Sometimes you just want to put everything aside and enjoy yourself. Fortunately for us, there are always some good movies to watch and improve our mood. Pick from the top 7 best action movies on Netflix right now.

Netflix has a large variety of good action movies and sometimes it can be difficult to pick one. We’re here to help you! We’ve created the top 7 best action movie picks.

The entire movie takes place on a train that became home to the world’s last survivors after a failed experiment changed the climate and made the air unbreathable. If you’re a fan of Captain America, then you should give it a try.

Here comes Thor as Tyler Rake, known as a fearless mercenary working on the black market. He takes the most deadly extraction of his career after he has been sent to save the abducted child of an imprisoned international mobster.

Henry wakes up in a laboratory from Russia. He has been raised from the dead and now he is half-robot, half-human. He can’t remember anything about his former life, then a woman appears and claims to be his wife. Everything takes a bloody turnover when he gets to find out the truth.

The son of a gangster makes a terrible mistake by killing John’s dog and stealing his car. That dog was the only thing left from his dead wife. Former hitman John Wick puts down the whole mob to get his sweet revenge. We LOVE this movie!

A teenager that owns supernatural powers meets the last Gunslinger, who must prevent a villain wizard from destroying the most important thing that holds the entire universe together.

Lucy is a beautiful American on holiday in Taiwan with her boyfriend. She ends up unwillingly being the mule of drug dealers. But when the high-tech narcotics end up in her system, some supernatural powers are being activated. We end our top 7 with Lucy in the best movies on Netflix right now.