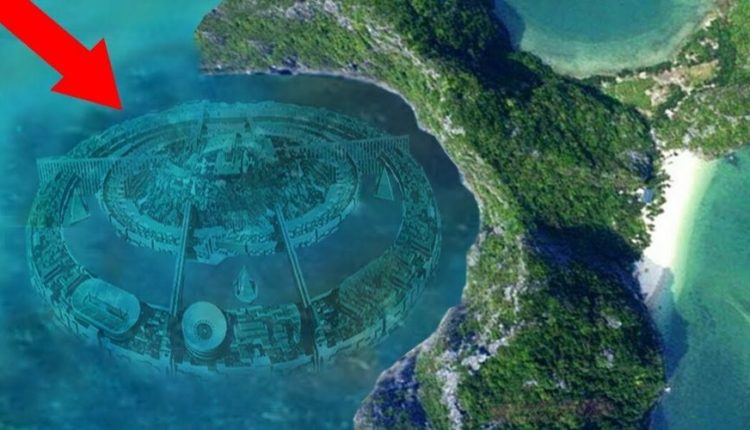 We discover weird stuff through TV and the internet. Some of them are really interesting and some of them quite weird. We found the top 10 weirdest discoveries ever, and now we want to share them with you guys. 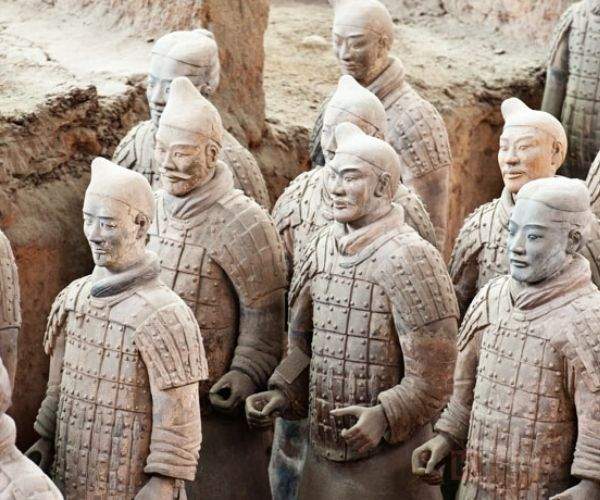 Did you watch that movie „The Mummy: Tomb of the Dragon Emperor”? Well, that army of clay soldiers is real! A group of archaeologists discovered the army buried close to Qin Shi Huang (the very first emperor of China). It is being said that they were placed right there to protect the emperor from multiple forces after his death. The army has been discovered in 1974. It stands at #1 in our list of Top 10 Weirdest Discoveries Ever. 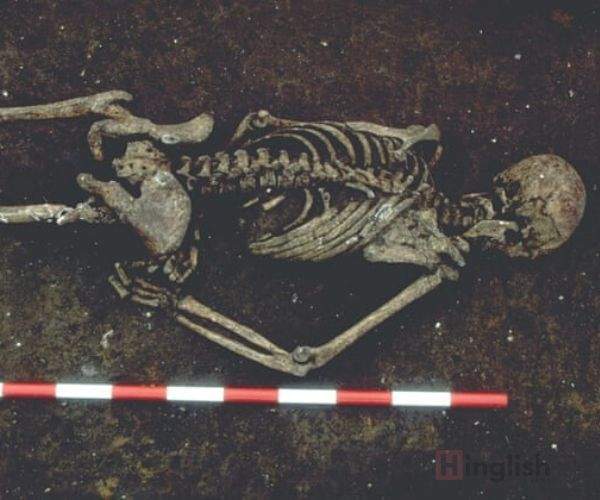 In 1991 a group of some archeologists made some digging in the Northamptonshire site. They discovered 35 bodies buried upside down. This weird burial took place around the 3rd or 4th century in Britain. The weirdest thing was the mouth of a man, he had his tongue cut and replaced by a rock. It looks like it was some kind of punishment.  It stands at #2 in our list of Top 10 Weirdest Discoveries Ever.

3. The Mass Grave of Headless Vikings 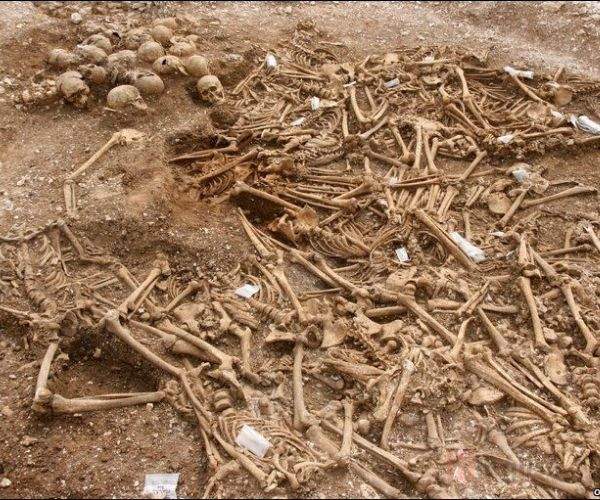 By the sides of an old roadway in Dorset a group of archeologists made some digging, and they discovered skulls and skeletons of 54 Vikings. The creepy part of this discovery is that the skulls of the Viking mercenaries were separated from the skeletons. This burial is rare and very strange. It stands at #3 in our list of Top 10 Weirdest Discoveries Ever. 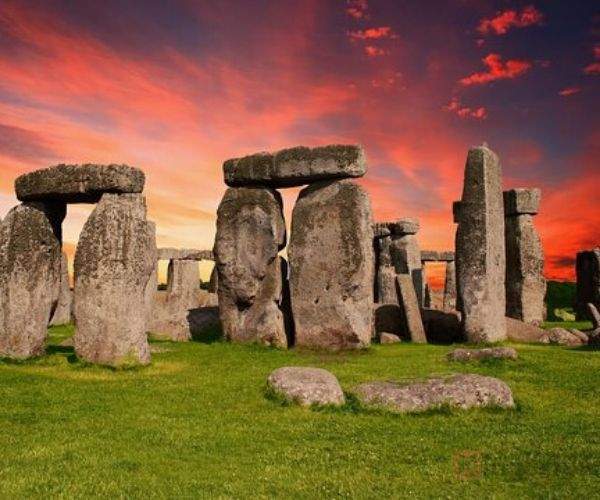 This 5000-year-old monument is situated in Salisbury, England. This monument has been built from huge stones and small stones. The huge ones have a height of 30 feet and weigh 25 tons. It sounds quite impossible to build something like that without any machines. The stones used for the Stonehenge were brought from Preseli Hills (hills in north Pembrokeshire), and history says that 240 people were buried exactly were the Stonehenge stands. Why this Stonehenge was built remains unknown. It stands at #4 in Top 10 Weirdest Discoveries Ever. 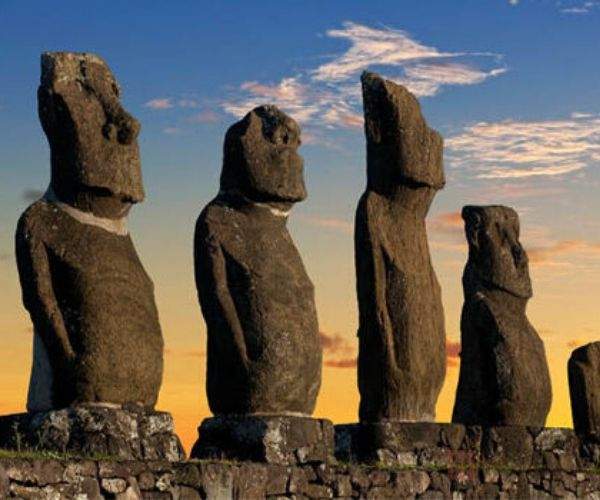 The statues of Easter Islands are the weirdest discoveries ever made. The carving took place between 1300-155 A.D by Rapa Nui natives. There are around 288 Moai statues placed on some huge stone platforms. Natives of The Rapa Nui created these statues out of volcanoes rocks, and they worked hard side by side using ropes. The statues have a 13 feet height and weigh 80 tons. 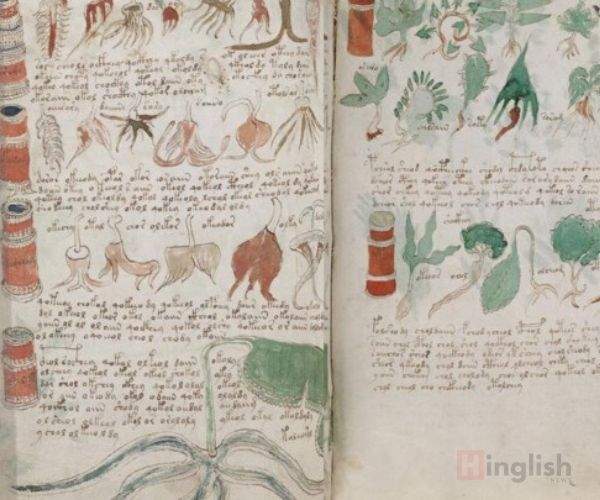 We didn’t know about this weird discover, and when we found it, it grabbed our attention immediately. The Voynich Manuscript left the researchers very confused because they were not able to understand it. In the manuscript, there are various illustrations with nude females, capsules and some tubes. Until now, no one could decipher the meaning of the Voynich Manuscript. It is hand-written in a language that nobody could understand it. There are illustrations with swelled abs, kind of weird!! It stands at #6 in Top 10 Weirdest Discoveries Ever. 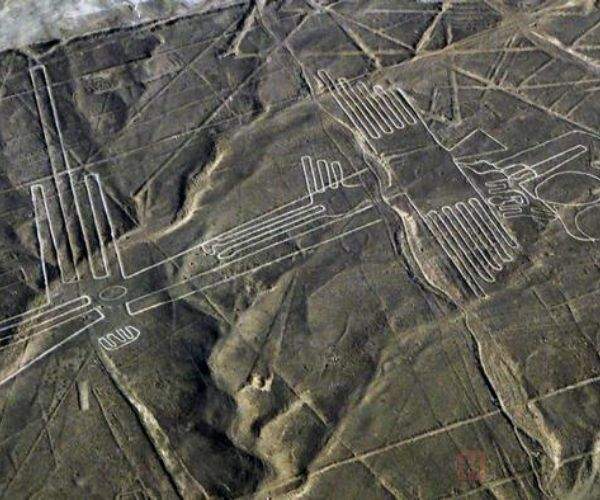 It looks like the UNESCO heritage site, and there are some weird ancient shapes of rectangles, swirls, triangles and trapezoids, 300 geometrical shapes and around 70 animals. The creation of these lines remains unknown. According to Nazca Indians, these lines dates between 500 B.C & 750 A.D.

8. The Lost City of Atlantis 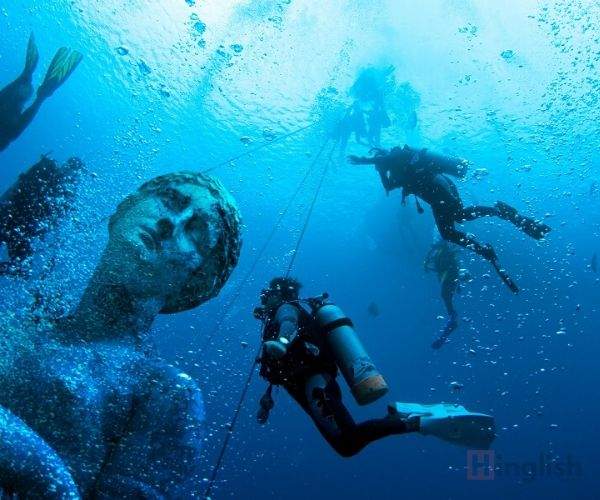 This might be one of the strangest discoveries. It is being told that the Lost City of Atlantis has been built by Poseidon itself. During a tsunami that took place somewhere in 10th millennium B.C sank the city of Atlantic deep into the Ocean – according to researchers. Archeologists are still trying to find out the truth about it. 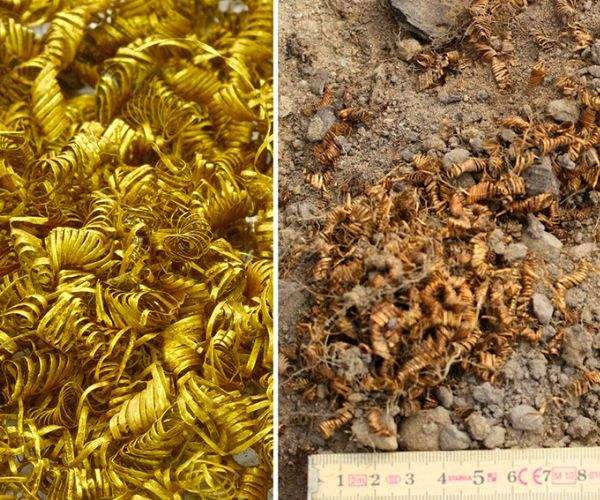 This discovery took place a few years back by two amateur archeologists. They used a metal detector somewhere on a field in Denmark, and they found gold. That made them keep the search in the same place located in Boeslunde town. Indeed, they discovered something bizarre, very thin gold spirals 2.5 cm long and 2.000 curls. This treasure was maybe buried in a nice box but no one knows for what they were used. 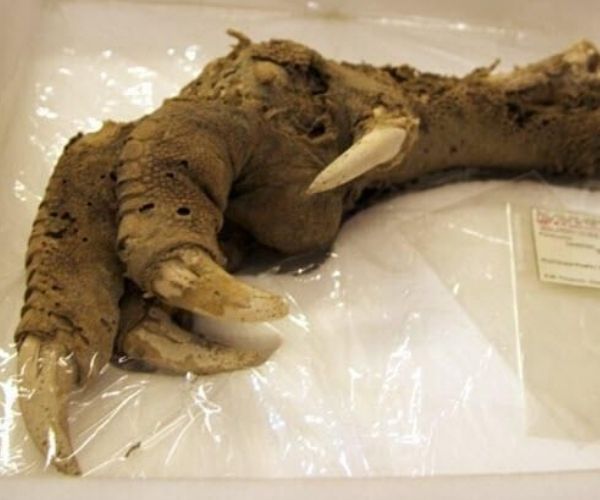 In the year 1986, some archaeologists found a big bird claw while digging in a cave from New Zealand. Creepy part if that the muscles and flesh of that bird are still attached to the claw. That bird is called Moa, and now extinct. It disappeared 2000 years ago. Moa was a wingless huge heavy bird (250 kg). The claw of this particular bird can be seen in New Zealand’s Natural History Museum. And with moa claw, we end our list of Top 10 Weirdest Discoveries Ever.

Radhika Jan 24, 2020
Today we’ve got an easy, but refined pasta recipe. Cooked with a delicious and creamy spinach and mushroom sauce…
Food