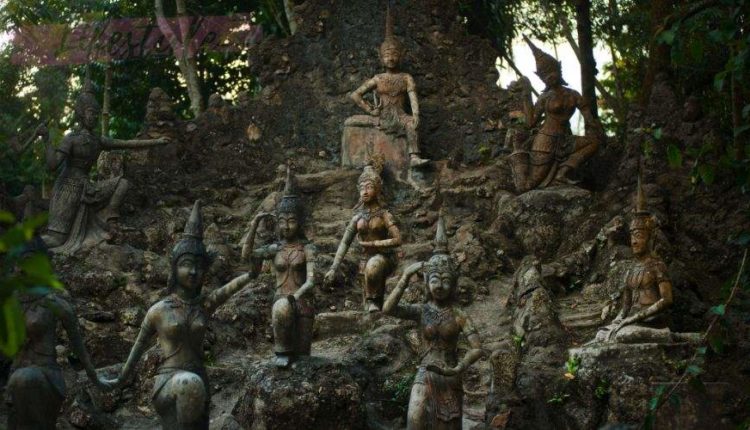 Humanity might disappear one day believe or not! The civilizations disappeared from the Earth before, because of various factors like wars, plagues, invasions, severe climate changes, etc. Here are Top 10 mysterious lost civilizations.

The Clovis is believed to be a prehistoric American Native culture located in North America – 11500 BC. The name Clovis comes from an archaeological site nearby the town of Clovis – New Mexico. The artifacts found were made out of stone, bone, and blades.

Researchers believe that they came from Siberia to Alaska across the Bering Strait by the end of the last Ice Age. No one knows for sure if they were the very first American Native Culture. The Clovis tribe disappeared mysteriously, no one knows if the cause was a severe climate change, plagues, or a meteorite. What do you think about their mysterious disappearance? It stands at #1 in Top 10 Mysterious Lost Civilizations 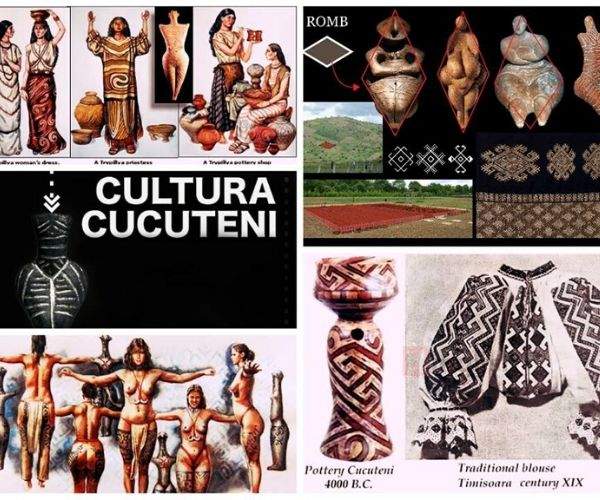 The biggest communities of Neolithic Europe were built by this Cucuteni-Trypilliens, now known as Romania, Moldova & Ukraine. Cucuteni-Trypillia civilization had a population of almost 15.000 people. They vanished mysteriously.

They were mastering pottery, and had a very weird habit of burning their villages every 60-70-80 years, and then building a new one on the same place. There any many theories about their extinction, this might have been caused by the rough climate change or they might have separated into other tribes. It stands at #2 in our Top 10 Mysterious Lost Civilizations. 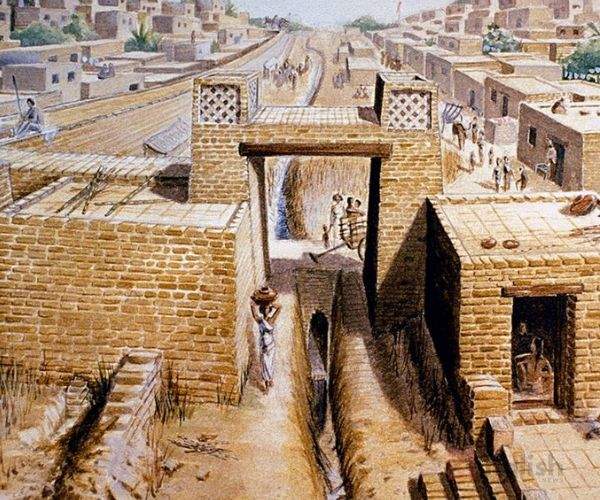 Indus Valley civilization was a very big civilization, now known as Western India and Pakistan. Indus Valley represents one of the biggest and most important ancient civilizations. Nobody could discover too many things about them, because their dialect was impossible to decipher. They built over 100 towns and villages, including Mohenjo-Daro & Harappa. This civilization mastered agronomy and agriculture, and they were making the finest cotton cloths, and that without any special training.

They vanished around 4.500 years ago and no one knew about it until the ruins were discovered in 1920. Why did they vanish? What is the explanation behind this? Perhaps dry temperatures? Or perhaps drying of the river Ghaggar Hakra? Cold temperatures? Which theory might be the right one? Another theory blames the Aryans who invaded their region in 1500 BC. What do you think? Ocuppied its place at #3 in Top 10 Mysterious Lost Civilizations.

They were discovered only in the early 20th Century, so many amazing clues were revealed about this Minoan civilization that existed for 7000 years and reached to 1600 BC. As time passed the old buildings and cities were rebuilt in a much more complex way. One of these buildings includes palaces of Knossos, the labyrinth linked with the legend of Kind Minos (from which the Minoan Civilization gets its name). Now it became an archaeological center.

The very first dialect they spoke was a language called Linear A and got replaced later with linénaire B, both were found on pictograms but nobody could decipher it. Legends say that they were wiped by the face of the earth due to a volcanic eruption on the Thera – today knows as Santorini. The eruption might have caused an economic decline, due to their ship’s damage, because nature still survived. Another theory is the Mycenaean invasion. This Minoan Civilization is one of the biggest mysterious lost civilization and it stands at #4 in our Top 10 Mysterious Lost Civilizations.

This civilization disappeared mysteriously. The monuments, towns & roads were buried by the jungle of Central America and the population spread in small villages. The traditions and dialects of the Mayan Civilization still exist today, the Mayan civilization climax took place in the first millennium AD, at that time they made the biggest architectural monuments and Yucatan covered a large area of Mexico to Guatemala & Belize.

They used writing, mathematic calculations, and they made a calendar + a very detailed engineering method for building pyramids and farms. They were advanced! But why did they vanish like thin air? Theories assumed that the severe climate change weakened their crops and they were forced to spread in some other places in order to survive. #5 in Top 10 Mysterious Lost Civilizations.

You must be known about that legendary King Agamemnon who led the army during that Trojan War. They were rich in both economically and culturally, they left so many fascinating artifacts. It is believed that they have vanished because of revolts, earthquake or even invasions! If you know more about it let us know! It stands at #6 in Top 10 Mysterious Lost Civilizations. 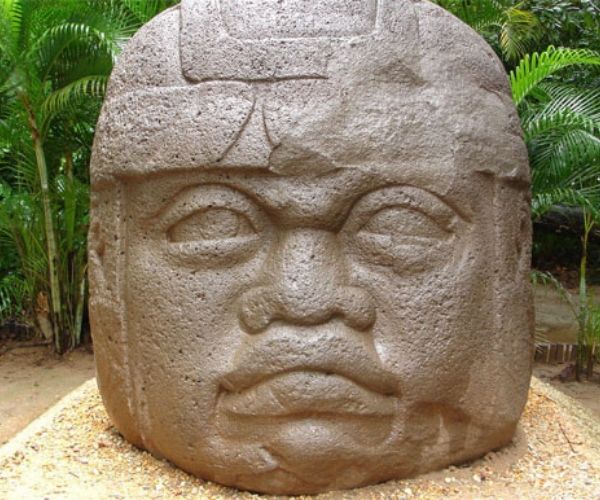 The very first traces of Olmec Civilization dates to 1400 BC. In San Lorenzo, there is one of the three centers of Olmec and Tenochtitlan + Potrero Nuevo. There were mastering constructions. They even made a huge stone heads.

History says that they developed the writing system, and Olmec might have created the compass and Mesoamerican calendar. They were discovered by the mid-19th Century. Why did they disappear? Might be caused by volcanic eruptions, or earthquake and agricultural damages? Olmec Civilization stands at #7 in our Top 10 Mysterious Lost Civilizations. 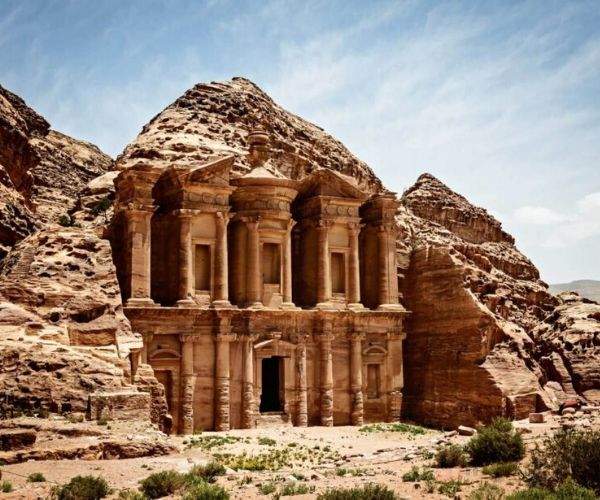 They were born in Southern Jordan – Canaan region and Northern Arabia – 6th Century BC. They built the fascinating city of Petra, and that was made into the sandstone cliffs Jordan Mountains. They had great talents, like building dams systems, canals and water reservoirs, which allowed them to survive in a desert area.

Since no written record was found, we could not find more information about their culture and lifestyle. The Nabateans created an amazing network for silk, ivory, precious stone and metals, sugar and even medicines. At that time, they were not even aware of slavery, and each one of them contributed to the wellbeing of their city. They mysteriously left the city of Petra and no body know the reason. Maybe they were threatened by the invaders. It stands at #8 in Top 10 Mysterious Lost Civilizations. 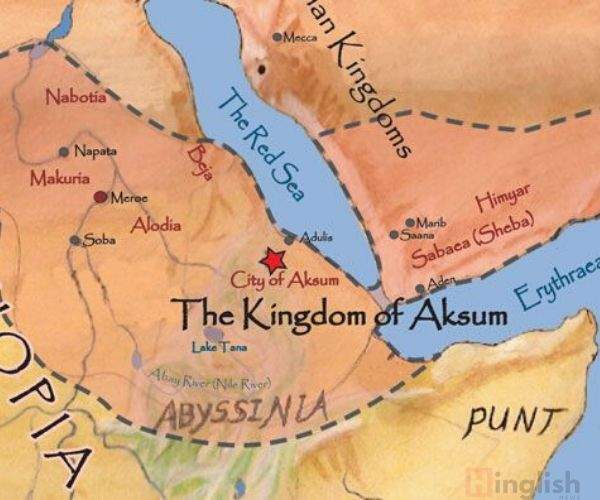 The Empire of Aksum established in the 1st Century AD – now known as Ethiopia. This might be the birthplace of the Queen of Sheba- according to legends. Aksum Empire was known as a big trading center, ivory, gold, agriculture and other resources were exported to the Roman Empire and to India. They were rich and the first society that had its own currency. We believe that was a sign of tremendous power! What do you think?

They worshiped many gods at that time, like the god Astar. In 324 King Ezana II converted to Christianity and The Empire of Axum turned into an impetuously Christian culture. A Jewish queen known by the name Yodit defeated The Empire of Aksum and burned all their churches and books they owed. Another theory is that a pagan queen named Bani al-Hamwijah could have caused the empire disappearance. Whatever the cause was, they just vanished into thin air and it stand at #9 in Top 10 Mysterious Lost Civilizations. 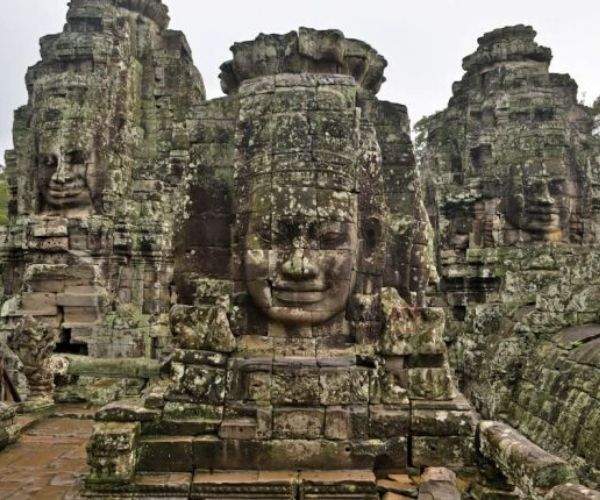 The great and powerful Khmer Empire, and one of the greatest mysterious lost civilizations in our Top 10 Mysterious Lost Civilizations. This empire was enormous and occupied the Southeast Asia, today known as Cambodia – Laos, Thailand – Vietnam- Myanmar & Malaysia. Angkor became a very famous capital due to its archaeological sites in Cambodia.

This empire was populated by up to a million people, flourishing during the 1st millennium. The Khmer Empire practiced Buddhism and Hinduism, they even built a temple dedicated to the Vishnu Bhagwan (God Vishnu), and other towers and structures (Angkor Wat).

Also Read: 5 Interesting Facts about Earth You didn’t Know Before

If we missed anything interesting in our listof Top 10 Mysterious Lost Civilizations feel free to write us in the comment section bellow!