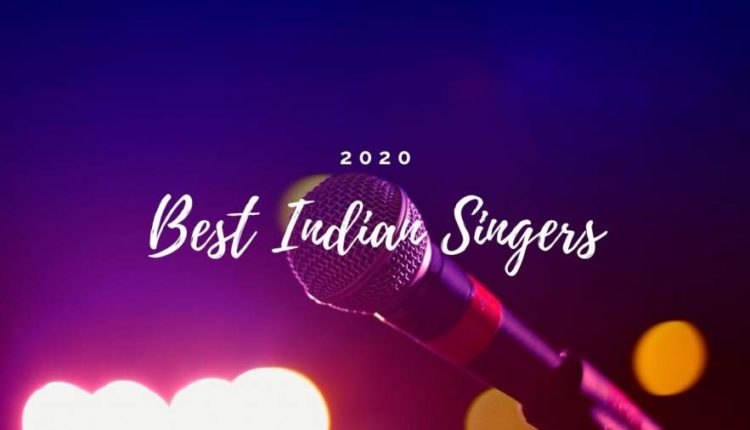 India’s name is written in glorious letters among the countries with the best singers worldwide. Not just that, India’s Bollywood industry is also known for releasing a greater number of films every year than countries like the United States and the United Kingdom combined. If this didn’t give you an idea about how big and talented Bollywood world is, take a look at our list of top 10 best Indian singers 2020.

But before we hit the road, we would like to tell you that this listing doesn’t list names based on the singer’s net worth. This listing just tells you how popular these singers are and how much people love them. You know, just a disclaimer so that fans don’t fight with each other. With that said, let’s get straight into the list of famous Indian singers.

When it comes to the best Bollywood singers, it is impossible to exclude Yo Yo Honey Singh. The versatile and talented singer started his career with Punjabi songs and gradually entered the Bollywood film industry. Today, any party or celebration is incomplete without his songs. He has been in several controversies due to the bold lyrics of his songs but he never focused on them and has one after another super hit songs. And that’s the primary reason his talent has landed him among the top 10 best Indian singers 2020.

During the peaks of his career, Honey Singh disappeared from the film industry due to Bipolar Disorder for more than 18 months. His disappearance has surely given chance to other Punjabi singers. If some industry experts are to be believed, singers like Badshah and Guru Randhawa became popular for this very reason. Anyway, our favorite singer is back and already launched more than three songs over the last few months. The best part about it that all of those songs have been a massive hit. Perhaps his charming personality and relatable songs are the reason why he is one of the famous Indian singers.

The next name in our list of top 10 best Indian singers 2020 is none other than Atif Aslam – one of the most talented and versatile singers of all time. While Atif is not a newcomer, he has successfully managed to impress his fans and the entire world with his voice over the last two decades. Believe it or not, girls are crazy for him.

He is originally from Pakistan and was born on March 12, 1983, in Wazirabad, Pakistan. Atif struggled a lot during the early stage of his career and sung several songs in Pakistani movies but he was not recognized internationally until he released his very first album, Jal Pari. His major break is Zeher – a Bollywood movie in which he sang a song called Woh Lamhey. Since then, the talented artist hasn’t looked back and today, he stands at the ninth position among the famous Indian singers.

While Atif and Yo Yo Honey Singh sing all types of songs, Shaan is particularly known for romantic songs. His full name is Shantanu Mukherjee – who was born in Khandwa, India on September 30, 1972 – and he gets the eighth spot among the top 10 best Indian singers 2020. Even though he was born in the state of Madhya Pradesh, India, he sings in six different languages – Hindi, Kannada, Telugu, Urdu, Marathi, and Bengali.

Shaan’s early stage of career has been fruitful. He started singing when he was too young and signed an agreement with Magnasound recording company at the age of 17. With Magnasound, he gave several superhit albums, out of which, Q-Funk and Naujawan were the most popular ones. Since then, he has been one of the most demanded singers in Bollywood. This is the reason why he made it on the list of famous Indian singers.

Who doesn’t know the name of Sonu Nigam – one of the highest-paid Bollywood singers who has successfully kept people aroused with his voice in this dog-eat-dog world? Occupying the seventh position on the list of top 10 best Indian singers 2020, Nigam has always been the first choice of movie directors for all types of songs. His talent and mesmerizing voice can make anyone his fan instantly.

Born on July 30, 1973, in Faridabad, Haryana, the singer sings in more than 13 languages including Hindi, English, Malayalam, Maithili, Nepali, Odia, Assamese, Tulu, Marathi, Telugu, Tamil, Gujrati, Manipuri, and Bengali. He started his career when he was merely four years old. His father Agam Kumar Nigam – who has also been one of the famous Indian singers – helped him tune his voice. His first performance was alongside his father at the age of four.

Apart from being a singer, Armaan Malik is a songwriter as well as an actor – which is the reason why he stands at sixth position among the top 10 best Indian singers 2020. His songs are so good that they will surely make their space in your music list. Much like Shaan and Sonu Nigam, Armaan has sung in different languages including Telugu, Tamil, Kannada, Malayalam, Bengali, and Marathi.

Born on July 22, 1995, he is fairly a young singer when compared to other famous Indian singers. He started his career as a co-artist in the movie Taare Zameen Par in 2007. Since then, he has been singing in several movies as well as albums. He also appeared in an Indian reality TV show – Sa Re Ga Ma Pa L’il Champs as a contestant and made it to the final rounds.

Sunidhi Chauhan is one of the most popular Indian female singers. Marking her spot at the fifth place amid the top 10 best Indian singers 2020, she started singing when she was just four years old. Initially, she sang for small public gatherings and started her singing career at the age of 12. She won the Filmfare RD Burman Award for New Music Talent. She also received two Filmfare Awards for the Best Female Playback singer.

If that doesn’t surprise you, Lata Mangeshkar called her the “Numero Uno” singer of the entire generation. She has also appeared in several Indian reality TV shows as a judge. She is also known for experimenting with her style and appearances. That’s the reason why she is one of the famous Indian singers.

Born on June 6, 1988, in Rishikesh, Uttarakhand, Neha Kakkar is another name in the fabulous list of top 10 best Indian singers 2020. She became popular among people when she appeared in Indian Idol Season 2 – an Indian reality TV show as a contestant. Later, she appeared in the same show during season 10 and 11 but this time as a judge. She also appeared in another TV show called Comedy Circus Ke Taansen in 2014 on Sony TV.

Neha has won four awards to date – PTC Punjabi Music Award for Best/ Duo Group (2016), PTC Punjabi Music Best Duet Vocalist Award (2017), Zee Rishtey Award for Favourite Judge (2017), and Mirchi Social Media Icon of the year (2020). She started her career in 2009 with the Indian movie Blue and since then remains one of the famous Indian singers.

Next up in the line of the top 10 best Indian singers 2020 is Ankit Tiwari. He is a talented singer, music composer, and director. He started his career in 2010 with Pradeep Sarkar – a writer and director in the Bollywood world. Ankit’s talent and enthusiasm for music landed him various jobs and it didn’t take long for him to leave an unforgettable impression on his fans.

Known as the most successful and versatile singer in the entire history of Bollywood films and Indian music, Arijit Singh is the next name among the top 10 best Indian singers 2020. By profession, he is not just a singer but a music producer, musician, and composer. He was born on April 25, 1987, in Murshidabad, West Bengal and started his career in 2010. His very first songs became so popular that he was singing for almost every single Hindi movie. His list of awards is even bigger than that of Ankit Tiwari.

Arijit is another name in the list of the most famous Indian singers among youngsters in India as well as the world. Typically known for his romantic songs, his fans are always seen fighting for him over social media discussion for the best singer in Bollywood.

Coming to the one sitting at the top of the top 10 best Indian singers 2020, Shreya Ghoshal is known for her mesmerizing voice. She has sung in many different languages and won awards for regional songs. Her list of awards is even bigger than that of Arijit Singh. To summarize, she has won ten Filmfare Awards South, seven Filmfare Awards (six of them are for the Best Female Playback Singer), two Tamil Nadu State Film Awards, four Kerala State Film Awards, and four National Film Awards.

Much like Arijit Singh, Shreya was born in Murshidabad, West Bengal however, she started her career way before then the former (in 1998). She first started singing Bengali songs and her first album was Bendhechhi Beena however, it was until 2000 when she was noticed by Sanjay Leela Bhansali – a Bollywood director who gave her a chance to work in his next film Devdas. And after that, it didn’t take much time for her to become one of the famous Indian singers.

That’s all, for now, folks. It was the list of the top 10 best Indian singers 2020. Please keep in mind that they are listed here according to their popularity among people and not according to their net worth. In case you think that the listing needs to be revamped by adding some other names, do let us know in the comment section below. Remember, we read every comment.