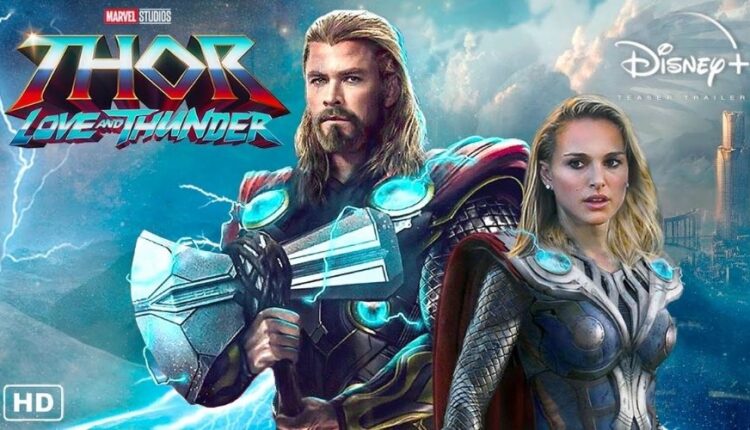 Thor: Love and Thunder is an upcoming superhero movie, we all have been desperately waiting for. The new movie is based on Marvel Comics of the same name. This new movie is a sequel to Thor, Thor: The Dark World, Thor Ragnarok, and Avengers: Endgame. This new film is set to be released on July 8, 2022. Take a look at the trailer!

The twenty-ninth blockbuster film from MCU Thor: Love and Thunder it’s about to be launched on July 8, 2022, to our delight. Natalie Portman will return again to play her role as Thor’s ex-girlfriend but in a badass version. They will both fight against a galactic killer known as Gorr the God Butcher.

The new Thor film seems to be like an amazing journey, fighting alongside Jane Foster, who inexplicably wields his hammer Mjølnir, leaving the mighty Thor amazed. Both embark upon fighting Gorr who seeks vengeance and stop him before it’s too late.

Read Next: Doctor Strange 2: In the Multiverse of Madness

Natalie Portman Like You Have Never Seen Her Before!

Natalie Portman’s Jane Foster returns to the Thor franchise with an amazing story. The trailer left us shocked, and we’re sure the trailer surprised everyone how she wielded Thor’s magical hammer Mjølnir.

People were speculating that Chris Hemsworth will return to play the role of Thor again, and here he is. He might be part of the Guardians of the Galaxy franchise too. We will get to know that soon.