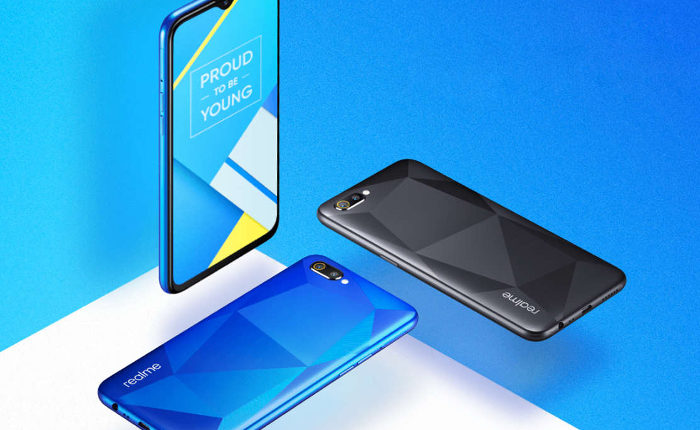 Expanding the range of its offerings, Realme has launched a new smartphone. Dubbed Realme C2s, the smartphone has been launched Thailand. Talking about Realme C2s price, it costs 1,290 Thai Baht, which is equivalent to ₹3,069. As of now, we don’t know when or whether the handset will be launched in India.

Talking about Realme C2s specifications and features, the smartphone is an entry-level device which features a 6.1-inch HD+ IPS LCD display with 80.3% screen-to-body ratio, 19.5:9 aspect ratio, and 1560×720 pixels of resolution.

Talking more about its specifications, the handset is powered by a MediaTek Helio P22 SoC which packs an octa-core processor running at 2.0GHz of clocked processing speed. It also packs a 3 GB of RAM and 32 GB of ROM, which can be expanded using a microSD card up to 128 GB.

Coming to the imaging department of Realme smartphone, it features a dual rear camera setup comprised of 13 megapixels primary lens and 2 megapixels secondary shooter. As far as the selfie shooter is concerned, it is a 5 megapixels unit. The handset runs on Android 9.0-based ColorOS 6.0.

Further, the Realme C2s has diamond-cut design and comes with standard connectivity options including a micro-USB port, dual-SIM, Wi-Fi, Bluetooth, and 4G with VoLTE. Further, the handset is backed by a 4,000 mAh battery.