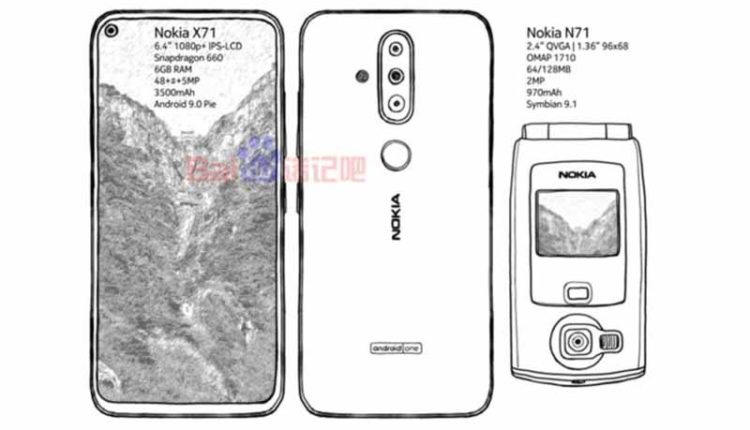 Expanding the range of its products, Nokia is ready to launch a new smartphone – the Nokia X71. The handset is going to be launched tomorrow in Taiwan alongside the Nokia 9 PureView. While the company hasn’t revealed anything about the specifications of this handset, NokiaPowerUser – one of the trusted leakster has served our plate with important information. Oh, by the way, the handset was also spotted at GeekBench last week. Nokia X71 launch has been scheduled for April 2.

According to NokiaPowerUser, the Nokia X71 features a 6.4 inches IPS LCD display with full-HD resolution. Powering the handset would be Snapdragon 660 processor coupled with 6 gigs of RAM. Previous leaks have also suggested that the smartphone will be launched in two variants: 4 GB of RAM with 64 GB ROM and 6 GB RAM with 128 GB ROM. The handset runs on Android 9.0 Pie operating system.

Talking about imaging department of Nokia X71, the handset features a triple rear camera setup comprised of 48 megapixels, 2 megapixels, and 5 megapixels camera. Unfortunately, we have no information about the selfie camera. Further, according to the leaked reports, the handset is backed by a 3,500 mAh battery which will be powered by fast charging technology.

Organic vs Paid Promotion: Everything You Need to Know

Nokia X71 Launched At An Attractive Price; Will Compete with Many Handsets