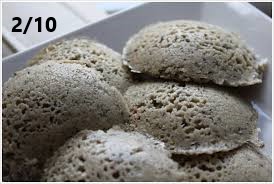 Singer Miley Cyrus and Liam Hemsworth broke up 8 months later after the wedding- the artists’ representatives announced for People.

“Liam and Miley have agreed to break up at this point” – said a representative of Cyrus. The couple got married in December 2018. Later, pictures of Miley Cyrus kissing her friend, Kaitlynn Carter, appeared on a site.

“By constantly evolving and changing both as partners and individuals, they have decided that in this way, they can best focus on themselves and their careers. They will remain dedicated parents of the animals they own together; in the period they will spend separately. Please respect their intimacy”- The official message shows.

Rumors of separation between 26-year-old Cyrus and 29-year-old Hemsworth appeared on Sunday after the singer posted a photo online that could be seen without the wedding ring.

Next: Hilary Duff accused of child abuse after piercing her daughter’s ears

“Put me on the move if you don’t want SPAM”, she wrote next to the image in which she appeared sitting on a chair and dressed in a black corset and pants. The singer’s older sister, Brandi Cyrus, commented “Boooooooom!” The picture was taken during the holiday with a friend of the singer., Kaitlynn Carter, in Italy.

At the beginning of the summer, Miley admitted that she did not “fit into the role of a typical wife”.

“I think it’s confusing to others that I’m married. But my relationship is unique”. Cyrus stated for the August 2019 issue of Elle Magazine.

Next: Why divorce is better than an unhappy marriage

“I prefer not to show too many people this relationship because it’s so complex, modern, and new that I don’t even think we are at a time when people understand. I mean, people still believe that I am staying at home in a bloody apron and cooking dinner. I am in a heterosexual relationship, but I am still sexually attracted to women”. – Said, Cyrus

The couple met almost a decade ago on the set of The Last Song. The couple went public in 2012, but after multiple separations, they met again in 2015.