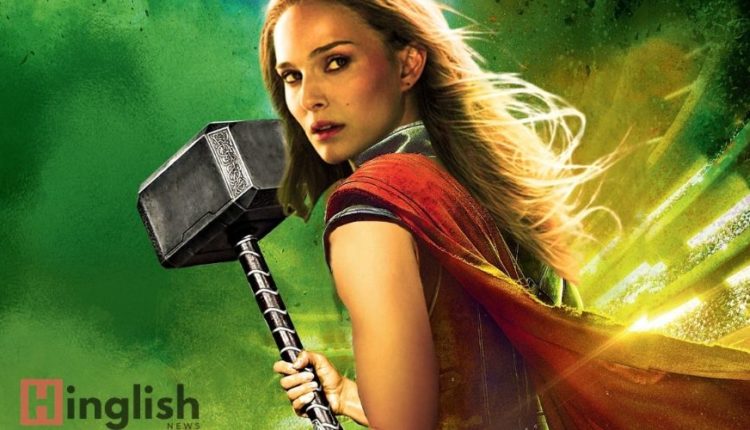 Marvel Phase 4 officially announced that Natalie Portman will play the role of female Thor in Thor Love and Thunder. And Tessa Thompson’s Valkyrie which confirms a lesbian love story.

When Natalie Portman came on stage for the presentation of Thor Love and Thunder it was completely shocking and surprisingly for everyone.

Taiki Waititi Director who inspired a new life in Thor Ragnarok, he kneeled in before Natalie.

This wasn’t just a sign of respect for Natalie, he also gave her the powerful hammer Mjolnir. Yes, Natalie is a very lucky woman, and she is returning to the Thor franchise with an amazing story.

People were speculating if Chris Hemsworth will return to continue to play the role of Thor again. He might be part of the Guardians of the Galaxy franchise. We will get to know that soon. He will definitely play in the upcoming movies.

The next big surprise on the stage was Tessa Thompson, and she passed a nice casual comment- “As the new king of Asgard, she needs to find a queen. That will be the first order.”

Marvel took this step in Marvel Phase 4 after getting criticism for eliminating references to diverse sexualities.

It was known Valkyrie had a female lover, who got killed in the first war with Hela. Natalie Thompson said she played intensely, with love and dedication, but this was not shown on the screen.

The new King of Asgard seems not to have time for mortal games and she is having a sexual relationship with a woman. The rumors are more and more tantalizing about a love triangle between Thor, Jane, and Valkyrie.

Read Next: Chris Hemsworth was nearly bankrupted before getting Thor