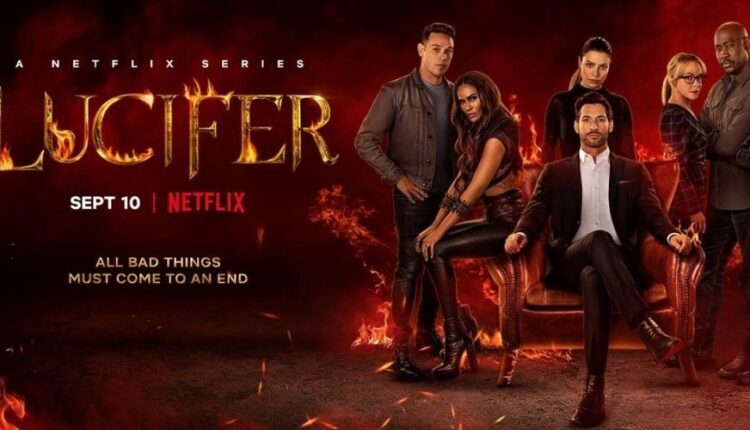 Hello Luciferians! Lucifer Morningstar will return on Netflix with a final season but this time he will be God and not a Devil of his word. Netflix recently released the trailer and here’s what we know so far! See below Lucifer season 6 trailer, cast, and more.

Lucifer Season 6 Trailer: All Bad Things Must Come To An End!

So, guys, the final season of Lucifer premieres on Netflix very soon and things will heat up a bit. After watching  Lucifer season 6 trailer, it looks like someone took over the throne in Hell. Who is that?!

I don’t know about you guys… but I’m super thrilled to find out! The trailer of this supernatural saga has been released and it looks like our Morningstar isn’t ready to give up on his devilish, naughty-ish ways and take over Heaven’s throne.

The announcement of the final season seems to be epic after everything that happened in season 5B.

Some new cast members will come to appear on the show. Merrin Dungey will be playing as Sonya – an L. A Police Academy figure who will study alongside Amenadiel at the police academy.

The final season is going to be released by Netflix on Friday 10 September and we will enjoy watching 10 episodes. Was this final season supposed to happen? Well no! But this show should be immortal since Lucifer was already resurrected twice since Fox canceled this show the first time.

However, Lucifer’s hellish magic worked out and producers had a change of heart 😀 Enjoy watching Lucifer season 6 Trailer:

Top 10 Best Alkaline Foods: Everything You Need to Know About Alkaline Diet