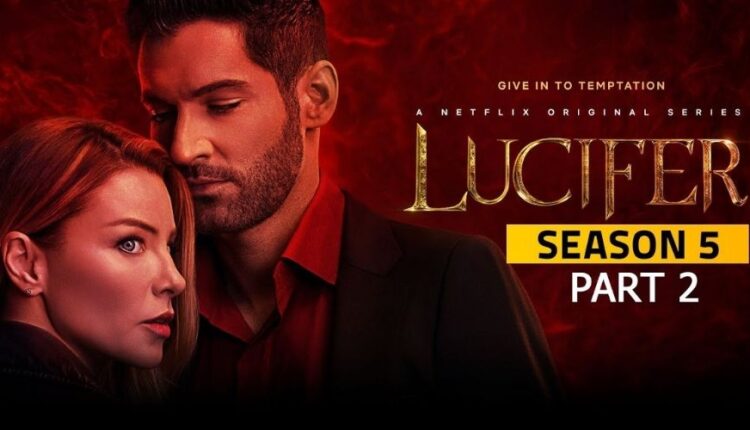 Howdy, to all our Luciferian friends out there! Lucifer season 5B is returning soon with new diabolical episodes. The first part of season 5 had its premiere on 21 August 2021 and it was full of drama, emotions, betrayal, lust, and lechery. You must have been wondering when is Lucifer season 5b release date?! Well, we have good news! Lucifer will be released at the end of this month.

So before talking about lucifer season 5b release date let’s have a small talk. Those who loved watching Lucifer already know about daddy issues Lucifer is facing, but things are heating up in the next upcoming episodes when God shows up to stop the fight between Amenadiel, Michael, and Lucifer.

There are many unanswered questions left by the first part of season 5.. for an instant what kind of dark secrets is Ella hiding? How is she seeing ghosts? what is the real story of Linda’s youth? Why did she have to abandon her daughter?

Well… we are eagerly waiting to find out the answer to all of these mysteries! Lucifer season 5b release date has been revealed by Netflix with a premiere on 28 May 2021 on Netflix. Sounds wonderful, isn’t it?

Hey, check this out: Top 5 upcoming and released animated movies 2021

Who is going to play in season 5b? All your favorite characters will return. This means we can still see Chloe aka Lauren German, Tom Elis as Lucifer Morningstar, DB Woodside as Amenadiel, Kevin Alejandro aka Detective Douc*e 😀 (Daniel Espinoza), and Aimee Garcia as Ella, Rachel Harris playing Linda, and the sexy demon Lesley-Ann Brandt starring Mazekeen.

Are We Going to See Any New Characters in Lucifer Season5B?

Yes, you have guessed right! Dennis Haysbert will act like God in the upcoming episodes, and our favorite heroes from the Supernatural TV Series, Rob Benedict, and Scott Porter. We are so thrilled and anxious to see the new episodes on 28 May, are you as thrilled as we are? Let us know in the comment section below!