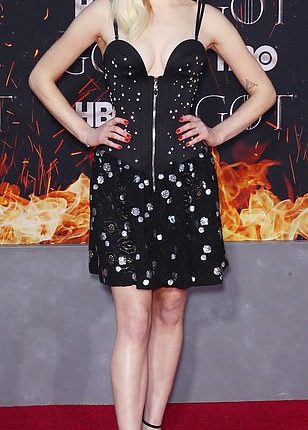 With a lot of progressive and historical horse races happening in the U.S. and Europe, it’s easy to forget that Asia is not that far behind. For example, the Singapore Turf Club re-introduced big money international races this year. Hong Kong, influenced by the UK, has also become a cornerstone of the Asian horse racing industry. Japan is also the host of the annual Japan Cup, one of the most highly anticipated races in the world. This year alone, the event has managed to amass a ¥476 million price pool (or around $5.8 million).

With so much activity, it really makes you eager to be a part of the action.

What is horse racing?

Horse races are one of many sporting events that’s not just a game, but also a source of entertainment, socialites, and even business investments. There are many different kinds of races, including flat racing, jump racing, endurance racing, and harness racing. In Asia, the most popular one happens to be is flat racing—since it’s also the category that’s open to public gambling. Incidentally, it’s also betting that serves as the biggest economic support to the whole horse racing industry.

Every game has stringent rules regarding the age and weight of the animals, similar to how martial arts. You can watch these races from $15 up to $130, though the latter price is only reserved for international events.

Where can I watch horse races in Asia?

There are plenty of stadiums around Asia, where you can witness this exciting event. Phú Thọ Horse Racing Ground in Ho Chi Minh City, for example, is one of the oldest stadiums in Vietnam whose construction dates by to the 1930s. Another track is under construction in Hanoi, which will be completed sometime after 2021. Travel guides on ExpatBets lists horse racing as one of the only legal forms of gambling in Vietnam, which speaks strongly to the country’s affinity for the sport. This popularity has also invited foreign investors into the country, especially those who want to mix the sophistication of the competition with Vietnam’s natural scenery. Thailand is another country whose love for horse racing is even earlier; when King Rama V returned from his state visit to Europe in 1897. Today, this activity is mostly seen at the Royal Bangkok Sports Club in Bangkok.

Other notable tracks include Kranji Racecourse in Singapore, Seoul Racecourse Park in Korea, as well as the Tokyo Racecourse in Japan, where the Japan Cup is usually held every November.

How should I dress for the event?

Despite the loud nature of the activity, horse racing is one for the sophisticated. Ladies typical wear high fashion casuals—such as colorful dresses paired with fancy-looking hats. Heels are not necessary, given the rough terrains. Though, if you’re wearing flats, it’s encouraged to wear your brightest pairs. As for makeup, we taught you how to do this simple yet fabulous eye highlights in ‘3 Makeup Techniques To Look Gorgeous’ that goes with any dress. Finish it off with your usual blush and lipstick.

Asia is a place that embraces diversity, and it shows with their love for horse races. After all, said activity is very Western. But the continent put their own spin into it and managed to make it an intricate part of their culture. So, the next time you visit the East, take the opportunity to explore Asia’s love for the sport.