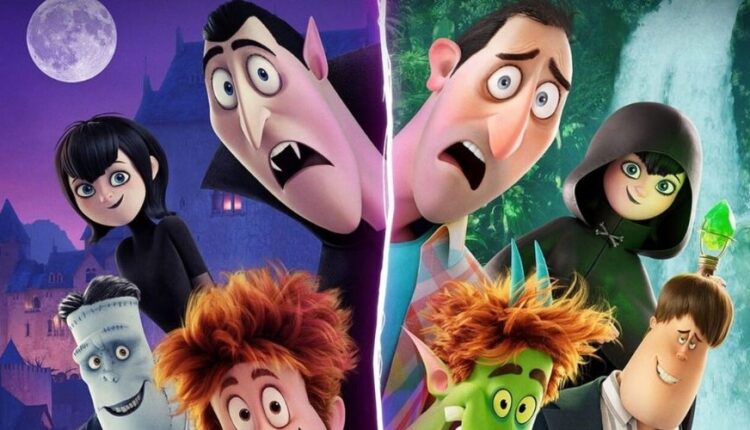 Papa Drac and his funny monster buddies are returning in a way you have never seen them before! In the new animated movie Hotel Transylvania 4: Transformania, count Dracula and his monster friends are going through an experiment that changed them completely. Keep reading to find out the release date and watch the trailer!

So, if you’re reading this post, then you must be wondering what happens in Hotel Transylvania 4?! Well, after Van Helsing’s latest mysterious invention called Monsterification Ray goes crazy, Drac and his friends are transformed into humans, and Jhonny ends up transformed into a monster! Waiting like an overexcited kid to watch this movie! 😀

Count Drac is being stripped of his powers, his friends found themselves in mismatched bodies, and Mavis’s husband Johnny is now a monster. Drac, Mavis, Johnny, and their humanized friends team up to find a cure to this problem before they turn each other crazy, and their transformations become permanent.

Also check out: Best Netflix Series that we’re obsessed with!

Here’s some news about the voiceover for Dracula, until now Adam Sandler’s voice interpreted Drac’s voice but since there is a drastic change after he’s turned human.

The directors Jennifer Kluska and Derek Draymon decided to replace Adam Sandler with Brian Kull, in order to make things seem different because the story allowed them to make this change.

So, unfortunately, Adam Sandler’s fans will not be able to hear his voice in the new movie Hotel Transylvania 4! No matter what, I’m pretty sure the movie is going to be as good as the previous three parts of this franchise.

Brian Kull did the voiceover for Drac in Monster Pets, a Hotel Transylvania short movie, released in 2021. The movie will be released on 14 January 2022.