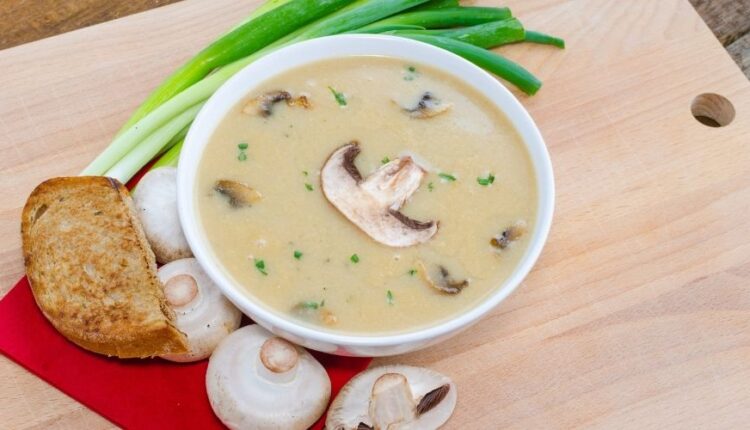 The best vegan mushroom soup recipe that can be made in less than 30 minutes! It’s rich, creamy, and super easy to make using only a few simple ingredients. 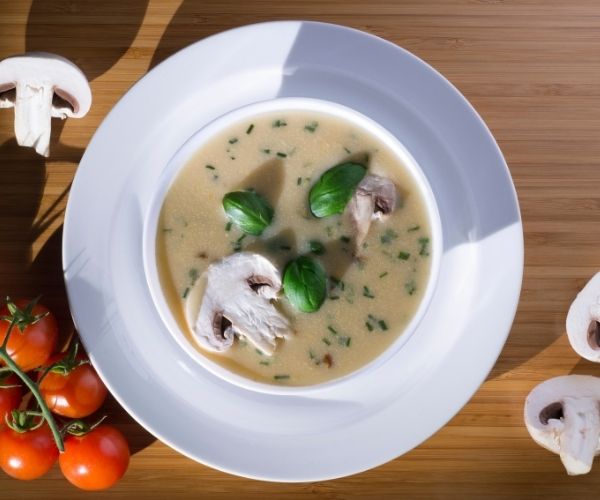 When the weather is rainy and cold, I always choose a warm bowl with one of my favorite soups! This vegan cream of mushroom soup is so comforting and packed with flavors coming from roasted garlic. Make this vegan mushroom soup recipe for a simple and quick lunch or dinner.

HOW TO MAKE VEGAN MUSHROOM SOUP 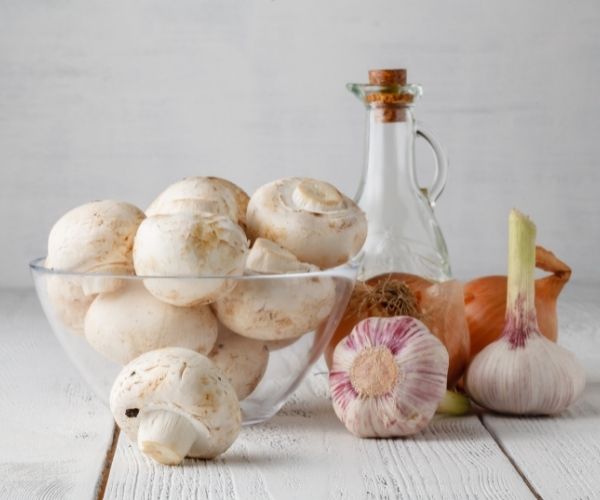 This vegan mushroom soup recipe is not at all complicated and it does not require hard-to-find ingredients. You’ll need mushrooms of your choice and a few more ingredients.

What makes this soup so delicious? It’s the garlic flavor in it. I just love this combination so much! Roast your mushrooms in vegan butter or olive oil, followed by onion, garlic, and fresh herbs.

After the mushrooms turned brown, drizzle some soya sauce for extra flavor, and don’t forget to save some mushrooms to garnish the vegan cream of mushroom soup.

So, I usually use an immersion blender or a normal blender to make this soup creamy, but you can opt out if you wish! The vegan mushroom soup recipe it’s so good that it can be enjoyed as it is or blended until nice and smooth.

HOW TO MAKE VEGAN MUSHROOM SOUP WITHOUT THE DAIRY 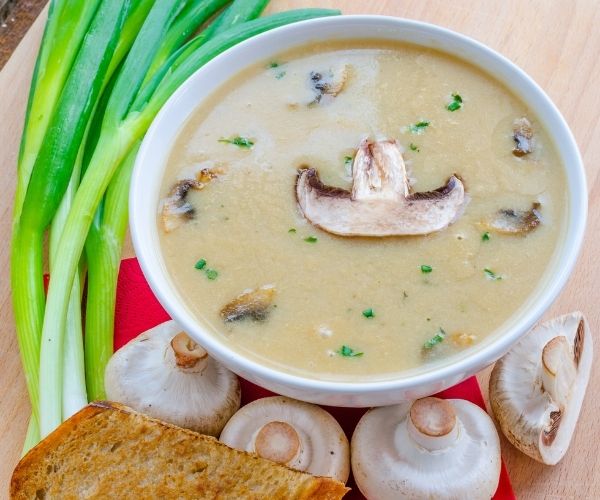 To replace the dairy in this recipe, I used unsweetened canned coconut milk. You guys can use other plant-based milk, such as soy or almond milk but I must warn you… It won’t come out that rich.

Delicious homemade vegan cream of mushroom soup flavored with garlic, onion, and fresh herbs for a delicious meal every time.

1. In a large pot, preheat the butter/oil to medium flame. Add onions and cook until soft.

3. Next, add garlic and thyme then continue cooking for another 2-3 minutes.

4. Add the sauce and cook for 1 minute. (Save some mushrooms for garnishing).

5. In a measuring cup, mix cornstarch with ¼ cup of vegetable stock.

6. Pour this mixture and the rest of the stock left over the soup.

7. Bring it to the boiling point stirring continuously for 2 minutes. Now, you can use the immersion blender to make it creamy if you want.

8. Incorporate coconut milk, salt, and pepper to taste. Add more soup if the consistency is too thick.

So, guys what do your think of this vegan mushroom soup recipe, will you give it a try?