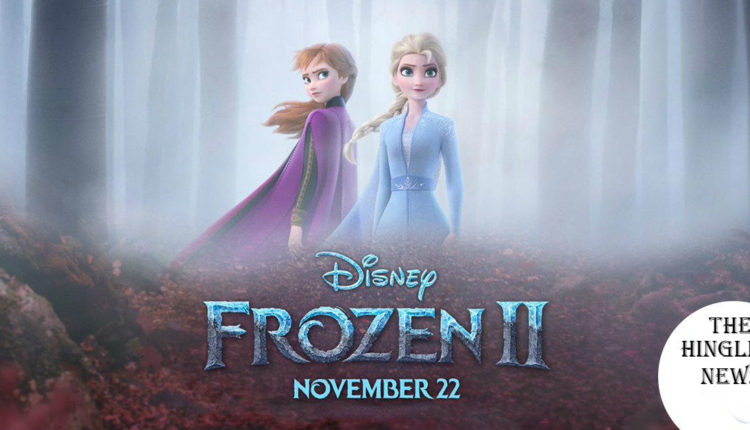 The extremely anticipated sequel to Oscar-winning animation success in 2013 with Kristen Bell and Idina Menzel starring in the lead. It finally brings us the first pictures in a video, which we are absolutely sure, will excite all children. Frozen 2 brings once again a magical story.

After long expectations, here the dream of every child who has humbled the song “Let It Go” becomes reality. Chris Buck and Jennifer Lee will return to the direction of the second Frozen cartoon, which will be released in premiere on 22 November.

Source: Youtube.com
After the young dreamer, Anna started the adventure of her in the first film and saved the Arendelle kingdom from the eternal frost. She and her sister, Elsa, will return to cinemas with a new animated adventure.

The first trailer for Frozen II is a great piece of marketing. The film has no dialogue but sets the script with a surprising opening sequence and an atmosphere that finds Elsa standing in front of the ocean.

Also read: Bloodmoon the new prequel of Game of Thrones

A major theme in this teaser trailer, are images of autumn coming in direct contrast to the snowy aesthetics of the first film.

A landscape change was necessary to keep things fresh and the animators did a great job to bring this new environment to life. The trailer has no dialogues, and that’s probably a good thing, especially since Frozen 2, as it seems to be the official title, is cutting its own way and not just relying on the success of its predecessor.

While a sequel to the Disney mega-hit, which has earned nearly $ 1.3 billion worldwide, was a kind of surprise to children around the world, the fact that the Frozen animation will have a new story, no longer surprised anyone.

After the OLAF’S FROZEN ADVENTURE animation brought together the characters of the Frozen Kingdom for a short period of time, the big delay between the two movies is the confirmation that directors Jennifer Lee and Chris Buck needed to be sure they had the right scenario for the Frozen 2. And it seems that everything went out right.

Want to Decrease Risk of developing cardiovascular disease and chronic conditions? Consider these Healthiest Diet to Adopt in 2019