Freshwater Discovered Beneath The Atlantic Ocean 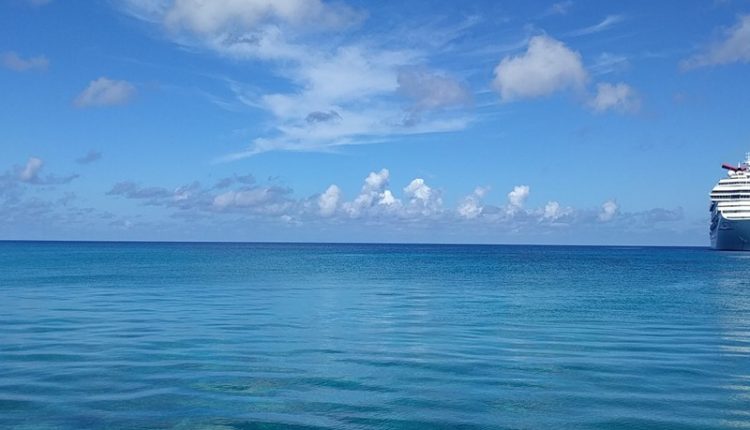 Hidden deep beneath the Atlantic Ocean, scientists discovered a gigantic freshwater aquifer. The reservoir contains about 2,800 cubic kilometers of water! This is about 739 trillion gallons, of freshwater, making it the world’s biggest undersea freshwater aquifer to have been discovered.

The water runs deep, starting at about 182 meters (600 feet) below the ocean’s floor and ending at about 365 meters (1,200 feet). The aquifer extends about 90 kilometers offshore and spans the coastline of New Jersey all the way to Massachusetts.

A sea of freshwater under the ocean

The water may date back to the Ice Age. About 15.000 to 20.000 years ago, ice sheets covered much of the planet, trapping most of the world’s water in glaciers, and sea levels were much lower than they are today.

As the temperature rose, the ice started to melt, creating massive river deltas across the continental shelf. As the oceans rose, large pockets of fresh water were trapped in sediments below the waves, and protective layers of sediment and clay shielded the aquifer from seawater for all these thousands of years.

Salt water is a better conductor of electromagnetic waves than freshwater, so when researchers noticed a band of low conductance in their readings, they suspected that there was a large body of freshwater.

Researchers believe that the aquifer is continuously fed by underground runoff from the shore. As a result, the water is not entirely fresh but is relatively low in salinity compared to the ocean water above it.

And desalination could easily turn that into drinkable water! As fresh water is becoming more scarce, the presence of such a reservoir underground comes as good news. The discovery shows that other, major reservoirs of fresh water could be lurking beneath the ocean, and could provide a vital resource for people living in regions of water scarcity.

The e-cigarette is harmful to the lungs and immune system

Freshwater is the biggest environmental challenge in the 21st century

This is great news because access to fresh water is one of the biggest environmental challenges of the 21st century. According to the World Health Organization, 1.2 billion people lack access to clean drinking water.

Around 2.7 billion people experience water scarcity at least one month out of the year. By 2025, two-thirds of the world’s population will be living in water-stressed areas. Without access to clean drinking water, these vulnerable populations are exposed to deadly water-borne illnesses such as cholera, typhoid, and diarrhea that kill thousands of people.

And with the world’s population projected to reach 9.7 billion by 2050, increases in agriculture will result in additional pressure on freshwater sources. As time goes on and water scarcity becomes more of a problem for humanity, and new sources of freshwater will be greatly appreciated, and finding these reservoirs will become as good as finding gold.

Read Next: Why water is beneficial during summers

Top 3 Superfood Drinks For A Slim Body & A Flat Stomach