Srikant Tiwari, with his TASC Force, is back! This time to take on ISIS & the LTTE Rebels 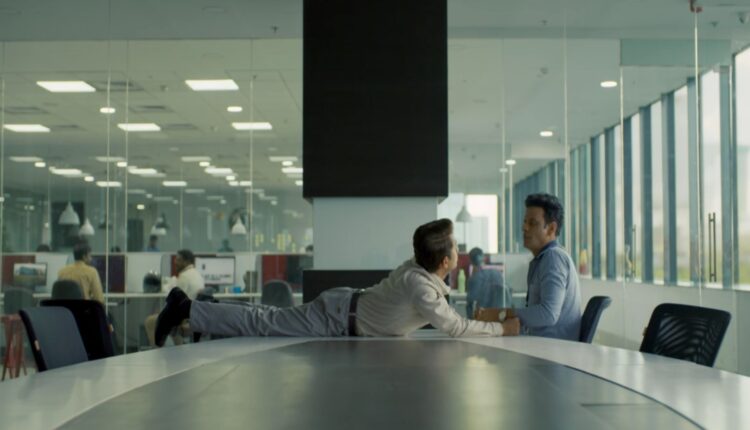 So finally the wait is over. Before we could consume the mid-summer excitement of witnessing rainfall and an average temp. of 17 degrees in May, the Family Man Season 2 was finally delivered. 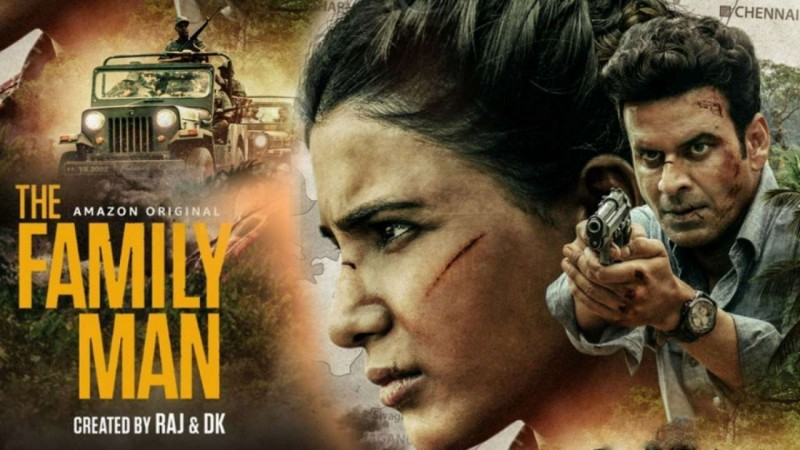 And I spent the whole night, and a few hours early morning, to binge watch the series for my guilty pleasures and so that I could review it straight away without further delay.

So here it is. The review. If you haven’t seen the 9 episodes of Family Man Season 2, I plead you stop reading further.

Srikant Tiwari, and his TASC family, continue from where they had left in S1. We see that Zoya (Shreya Dhanwanthary) saves the day, somehow, by evacuating Milind (Sunny Hinduja) from the factory and by alerting the security forces who then take control of the situation. 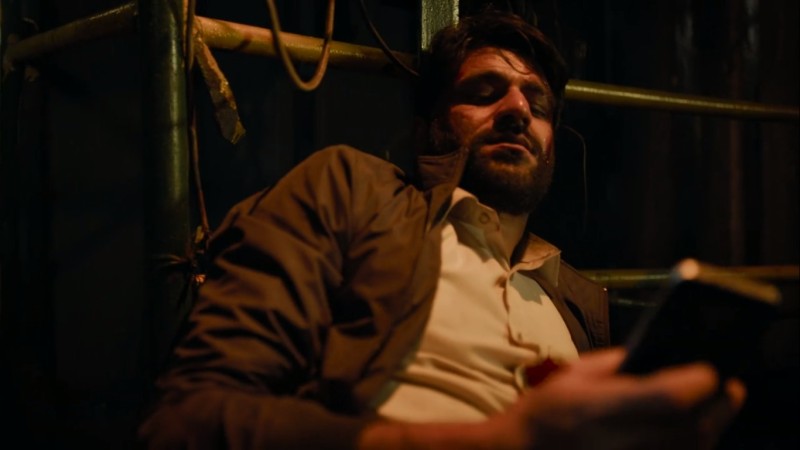 The day is saved. The gas leak, which was part of Zulifqar Plan B, gets reported as an accident and everyone goes back to normalcy. But that’s just the beginning.

The action begins when the intelligence bureau report an unlikely link between the ISIS operatives and rebels from LTTE (Liberation Tigers for Tamil Eelam). 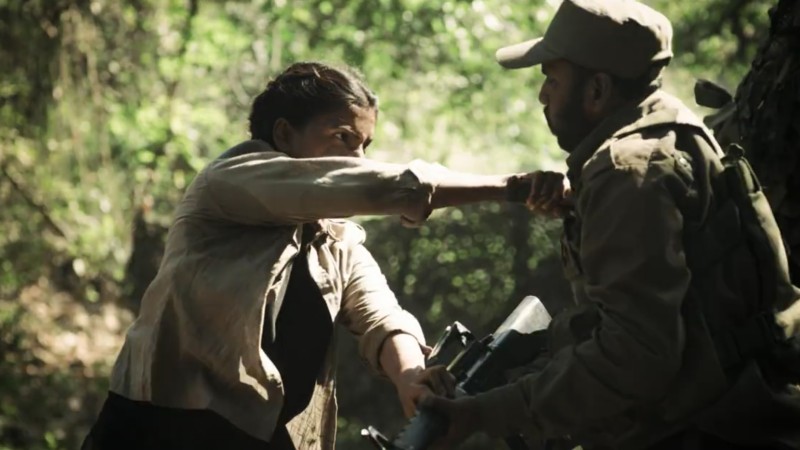 Srikant, who is now an IT firm employee, feels that he’s missing out on the action yet maintains that he loves his 9-5 job.

He tries his level best to set things right with his wife Suchi but things fall flat, leading to a break and forcing Srikant to return to TASC as they prepare to plan an operation in the hustle-bustle of Chennai.

We see a rebel LTTE operative Raji (Samantha Akkineni) join hands with Sajid, who we’ve all seen in S1. 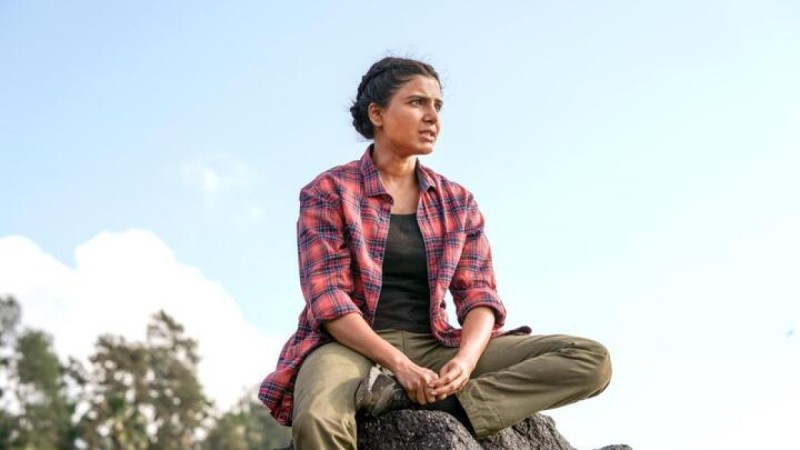 The circus is just like an adaptation of Narcos S2, where we’re witnessing some of the finest cartels, along with the police and army agencies, gang up against a common enemy. Family Man season 2 also shows us an unlikely alliance take place, and how the narrative goes against Srikant and his team, even hitting hard on his personal ends.

Apart from the stalwarts from S1 – including Sri’s kids Dhriti and Atharv – there are some interesting characters that shape up in Family Man S2.

Starting from Raji, an LTTE rebel, played by Samantha, to the new TASC operative in Chennai, Muthu (played by Ravindra Vijay), everyone looked authentic and devoted to the cause.

Bhaskaran (played by Mime Gopi) plays the LTTE chief, who is responsible for carrying out the entire operation by joining forces with Major Sameer from ISI. His raw, yet appealing, performance creates a new aura of Tamilians trying to plot a terror attack on India, and PM Basu (a pragmatic and daring PM, unlike what we have in reality). 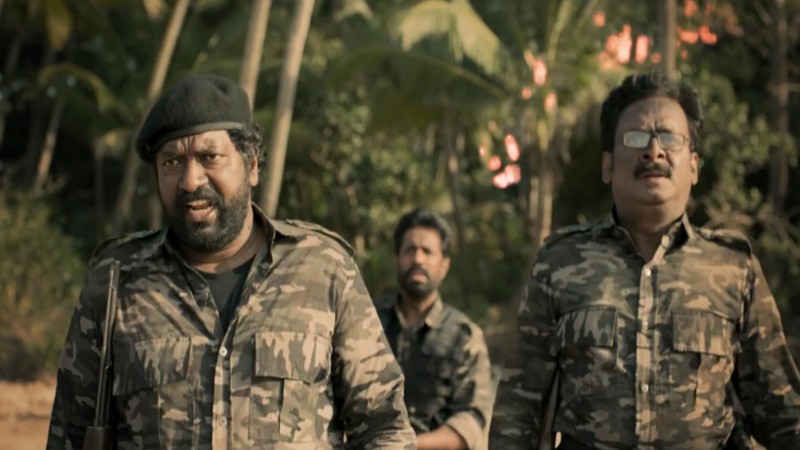 Apart from the whole LTTE-ISI angle, there is Sajid meddling in Srikant Tiwari’s personal life by poaching her daughter Dhriti with the help of Salman, a brainwashed recruit, who happens to be her boyfriend. 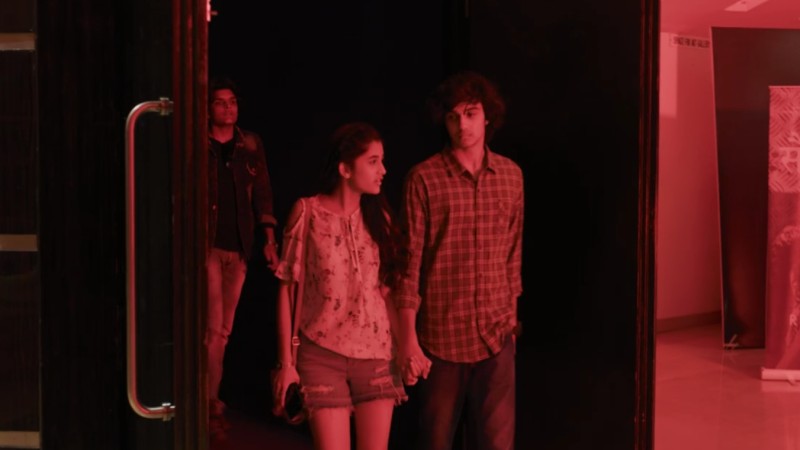 The real tussle starts when Tiwari is forced to choose between his family and his country. Will he make it? Will he stop the collateral damage? Well, as expected, he does!

Right from the whole TASC setup, under Kulkarni (Dalip Tahil), to the performance of an active field-agent in JK (Sharib Hashmi), everything attempted in continuation with S1 has worked.

From Srikant’s struggles in his, routine, IT job, to the time he slaps and quits, the impeccable dialogue delivery from the veteran will keep you occupied and wanting for more.

Samantha Akkineni, playing the trained rebel Raji, is probably the brightest point of Family Man S2. As a Northie, with limited knowledge on South Indian cinema and their actors, I was blown apart by some of the stunts that Samantha performed. 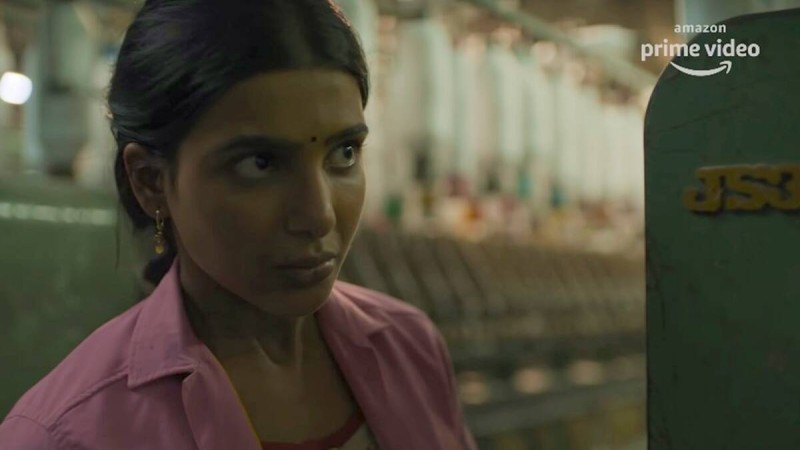 Her rebellious, vengeance mode, was perfect and to the point! Her dialogue delivery was impeccable and her overall performance is, I think, one of the best performances by a woman on Indian OTT platforms. Hats off!

The role essayed by Srikant’s kids Dhriti (Ashlesha Thakur) and Atharv (Vedant Sinha) shows us the extent to which child artists can perform and brilliantly so! 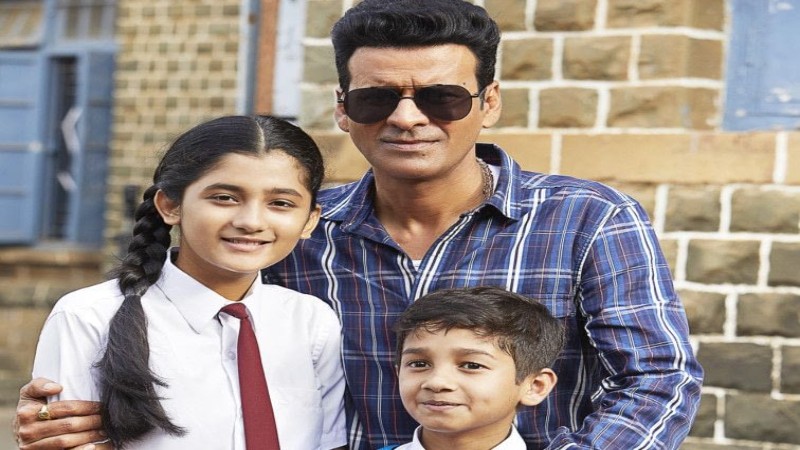 The death of TASC officer Milind (Sunny Hinduja) is worthy to shed a few tears but the best part has to be the moment Dhriti, along with Atharv and Suchi, realise the importance of Srikant’s job. Their reluctance, and acceptance, of the nature of his job makes the entire arc come to an organic end! Wonderful!

Apart from the fact that a few episodes were really stretched without a reason, the overall run-time of the show itself is depressing to the say the least.

I started watching at around 10 am and by 12 am, I already wanted to know what’s going to happen towards the end!

A few sub-plots in between are so boring that you’ll eventually skip to the real scenes, only to figure out that what has happened was predicted by you, and many others, beforehand! 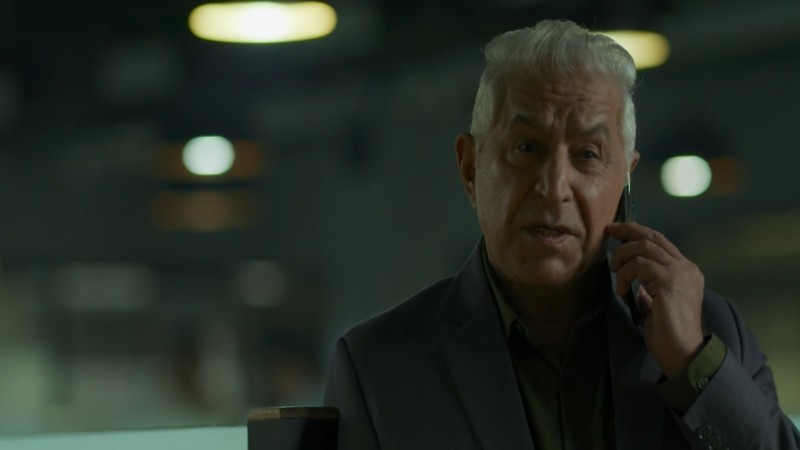 For example; you know when Dhriti is kidnapped by Sajid and Salman that Srikant is going to find a way to save her and save the nation alongside.

At no point will you feel that Bhaskaran, Major Sameer, Raji, and Sajid – along with their rebel group – will succeed! You just know it!

Finally, Suchi and Arvind’s much-dragged affair since S1 did not materialise at all! They were shuddering back then, in S1, and they were struggling even now. I don’t know what the makers were thinking here but this plot was surely a letdown! 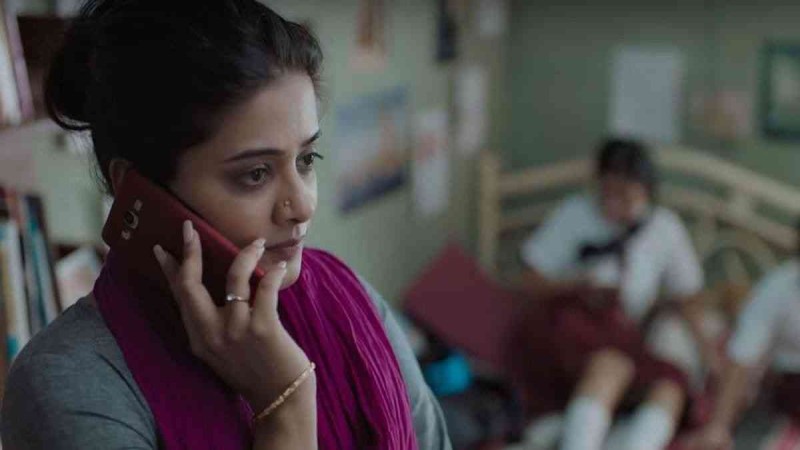 JK, essayed perfectly by Sharib Hashmi, is seen as a committed agent but he seems to fail every time he’s without Srikant.

Lastly, had the LTTE operatives trained another pilot to fly a plane, apart from Raji, they wouldn’t have to sacrifice their strength in rescuing her again and again. Even, a poised and elegant Sajid, dies while trying to get away after rescuing Raji.

I give a firm 7 because of the experiences of S1 and also the anticipation of watching Family Man Season 2.

Despite the finesse of Samantha and Manoj Bajpayee being strong reasons to rate this series very high, the obvious shortcomings made me deduct those 3 points.

The plot, though entertaining, could’ve been well-packed and closely-knit!

The direction, cinematography, action, and acting everything worked for Prime Video’s Family Man Season 2 but the plot, compared to S1, was a bit ordinary and something everyone could’ve figured out even before completing the 9 episodes. 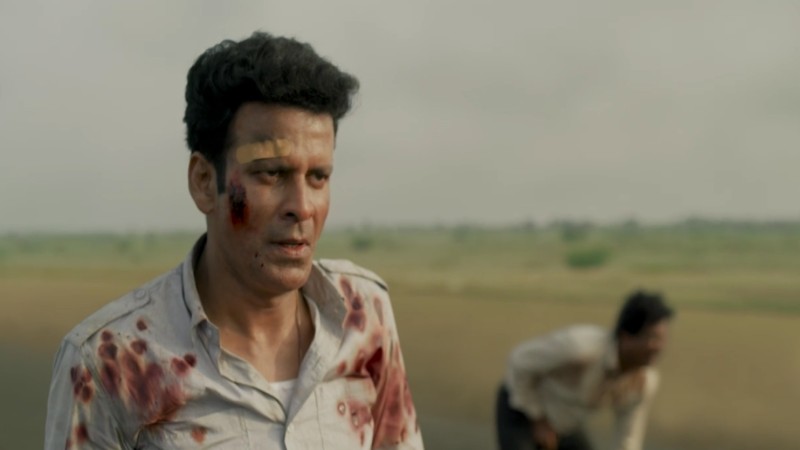 Overall, it is a good watch and you’ll enjoy Srikant’s journey from being a field agent to a complete family man!

Had they been more careful about the entire detonation plot used their villains to perfection, we could’ve seen a greater run-and-chase sequence. What we have right now, looks a bit hurried and out of the gas early!

But the subtle humor, which is the USP of Srikant Tiwari, stays and Manoj Bajpayee nails it with perfection.

Dhriti, while recovering towards the end in the hospital, is curious about Salman’s health and whether he lived. To this, Srikant replies saying “he has made it.”

When Suchi reconfirms the news, later, he replies – “he’s dead.” 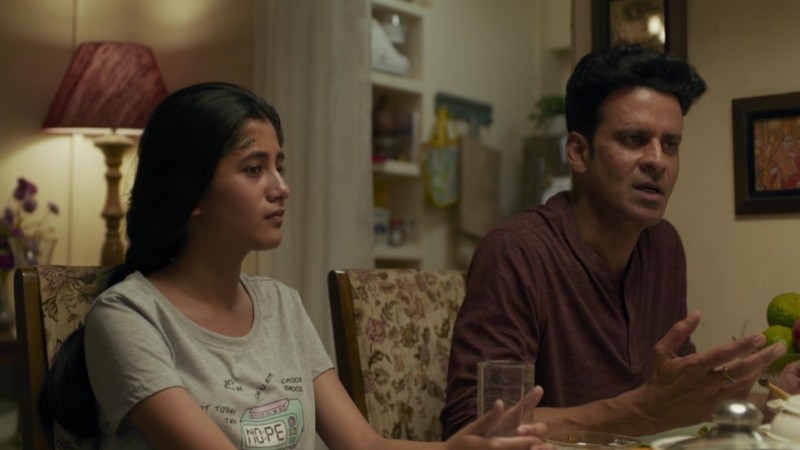 Tell us your views in the comments below and whether you liked watching Amazon Prime’s Family Man Season 2. Streaming now, on Prime.

What other shows do you recommend on Netflix, Prime, Hotstar, or Sony Liv?