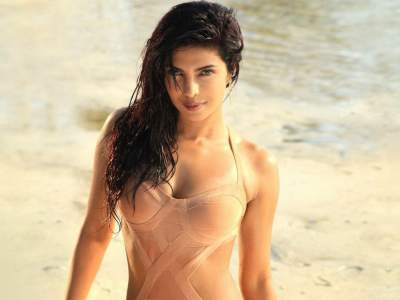 Sophie Turner says her husband, Joe Jonas, is the one who saved her life in jeopardy of the extreme diet she held during her shooting for Game of Thrones.

Sophie Turner has spoken openly about her journey to accept her own body and the difficulties she faced, while she was under the spotlight for Game of Thrones at such a young age. The actress started filming for the series Game of Thrones when she was only 13 years old.

In a recent interview for The Sunday Times, the 23-year-old actress Sophie Turner admitted that because of extreme diets she didn’t have menstruation for one year. That was the time when she decided to go to therapy.

The actress said that social media had an impact on her emotional health.  People were talking negatively about how she looked!

“I was too much conscious of my body at such a young age!”

The diet has captured my thoughts and sometimes I was eating just nuts. – she said

Also, read 6 Hidden Feelings Behind an “I don’t care!”

Her husband Joe Jonas, has helped her to overcome health problems. According to the actress, when she started dating him, she was emotionally unstable. His love and support, helped her to love her body. The couple married this month in Las Vegas.

“I think he somehow saved my life” – Sophie Turner admitted!

Currently, Sophie Turner stopped counting the calories. And she is feeling much happier and healthier, even if she gained a few kilograms.

Thank God for the loving partners, who can show you where beauty stands! If your partner loves you, he’ll support you unconditionally. So, learn how to love yourself just the way you are! You don’t need to impress anyone, do it for your own health. Changing your lifestyle should make an impact only on your health, not negatively on your mental health!

Also, read  Bloodmoon- The New Prequel of GAME OF THRONES!

Top 10 Beauty Sleep Tips for Getting Prettier While Sleeping