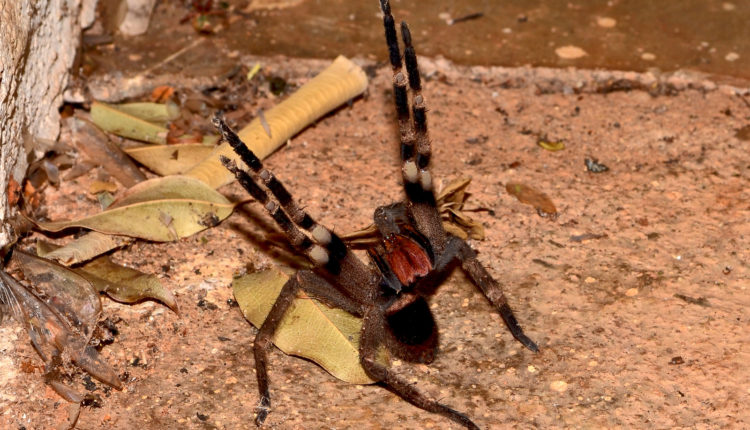 Brazilian Wandering Spider Bite – A single bite from this deadly spider can cause an erection which can last for a few hours giving it the name “Natural Viagra.” This could help millions of men who are suffering from erectile dysfunction (ED).

Amazing benefits of scorpion venom: One of the most expensive liquids on Earth

This is due to the compound in its venom that boosts the production of nitric oxide. Erection starts when the brain senses the sexual arousal of the body. The brain produces a neurotransmitter called nitric oxide which dilates the tiny blood vessels carrying blood to the penis.

Thus allowing more blood to be pumped to the penis. Nitric oxide also constricts the size of blood vessels carrying blood out of the penis. This influx of blood creates pressure in the penis, making it erect for a longer time.

Researchers have made a synthetic form of the spider toxin into a topical gel which could lead to treatments for erectile dysfunction more effective than Viagra. Clinical trials have shown that rubbing the gel increases the blood flow to the penis by 113%.

Neurological Conditions can cause erectile dysfunctions

The gel made from Brazilian wandering spider bite is able to induce erection independently of sexual stimulation. Scientists hope to explore whether the gel could help women improve their sex drive.

Also. Read: The most common signs of depression

Medical conditions such as high blood pressure can prevent blood flow to the penis. Males can also suffer from ED due to psychological factors such as depression and anxiety or due to a neurological condition such as multiple sclerosis which disrupts the signals between the brain and the penis.