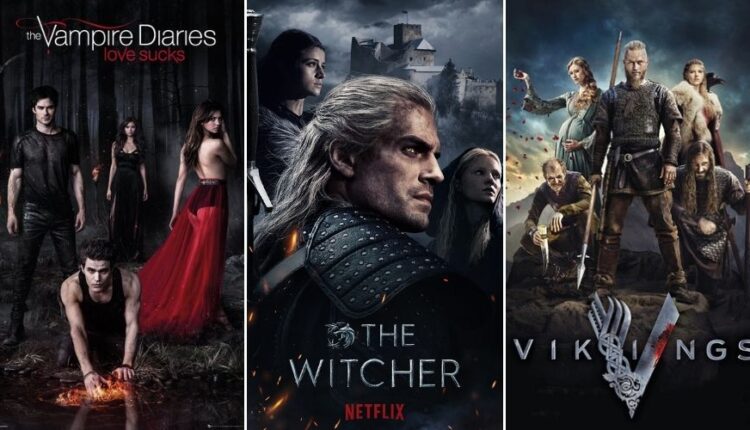 From a multitude of new TV series released on Netflix, it might get difficult to make a choice. These series are addictive and great for enjoying your free time. Here’s a list of the best TV shows of 2021 that we’re totally obsessed with!

The Best TV Shows on Netflix to Binge-Watch in 2021

Do you like vampire romance dramas? What about supernatural series? We’ve got you covered! There are so many series to choose from! Take a look at these top 5 best TV shows on Netflix in 2021, plus the upcoming series.

The Vampire Diaries is a supernatural American drama based on novels by L.J Smith, featuring the Salvatore brothers falling in love with a human girl named Elena Gilbert. After years and years of moving from one place to another to hide their youth and bloodthirst, they return to Mystic Falls, where they used to live and die like humans.

Damon Salvatore is handsome and charming with a bad boy attitude while Stefan Salvatore tries to remain noble and loyal. It deserves #1 in the top 5 best TV shows on Netflix.

When Earth got destroyed 97 years ago by a nuclear apocalypse, 100 young space residents are sent back on Earth to check whether the plant it’s now habitable. If you are into sci-fi series about love, sex, betrayal, space, and crime then you can watch all 7 seasons of The 100. It stands at #3 in our top 5 best TV shows on Netflix.

Lucifer is a popular show on Netflix but if you never watched it then here’s what you need to know. All 6 seasons revolve around Lucifer Morningstar aka Tom Elis, who abandons his throne in Hell and moves on to Los Angeles to live his life in lust, alcohol, and women.

Things change when he meets detective Chloe Decker, they get to work together investigating murders and eventually fall in love with each other.

Would you like a piece of Scandinavian history? Watch The Vikings historical drama created for the History channel and luckily available on Netflix too! The series takes us to the brutal age of the Vikings, and the mysterious world of Ragnar Lothbrok, a Viking farmer and warrior who loved to explore and raid the distant shores across the ocean.

Check out: Top 5 best romance movies on Netflix in 2021

Season 1 is available on Netflix right now but its sequel will be released on 17 December! Geralt of Rivia is a mutated monster-hunter for hire. The Witcher is a fantasy production for all the fantasy lovers out there. It stands on #5 best TV shows on Netflix.

Radhika Nov 26, 2021
Papa Drac and his funny monster buddies are returning in a way you have never seen them before! In the new animated…
Food