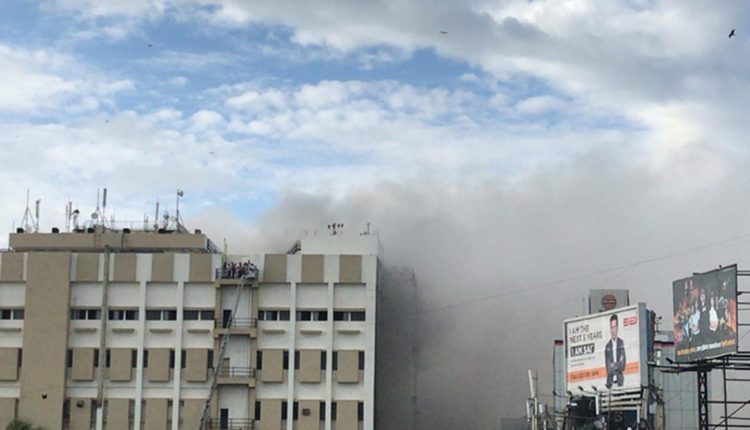 At least 50 people were saved after a nine-floor building in Mumbai, India, caught fire on Monday afternoon, Indian authorities said many people were trapped inside. “The rescue operation is almost complete. We check each floor of the building to see if anyone is left inside” said a fire department official. 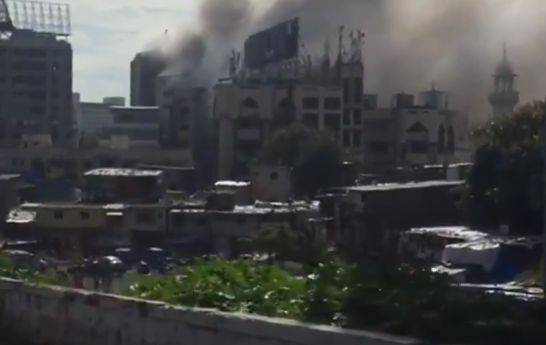 Local TV channels have announced that about 100 people remained inside the office building where the telecommunications company MTNL is headquartered. “It was confirmed on the third and fourth floors of the building,“ – the fire department official said, sending 14 cars to the site.

Next: Priyanka Chopra talks about her husband Nick Jonas.

Around 100 people are feared trapped after a massive fire engulfed the #MTNL #Bandra building in #Mumbai on July 22 afternoon, an official said.

A witness told Reuters that five or six people went out on the balcony of one of the floors, waving a white handkerchief.

Read Next: TIL: By 2020, everyone will generate an estimated 1.7MB data in just one second, this equals to 410 trillion GB data every year, assuming the world’s population about 7.8 billion. By 2025, this figure will rise to 175 trillion GB. Researchers are looking for a way to store data in DNA.