10 interesting secrets of the Sahara desert; these discoveries and facts will make you bite your fingers 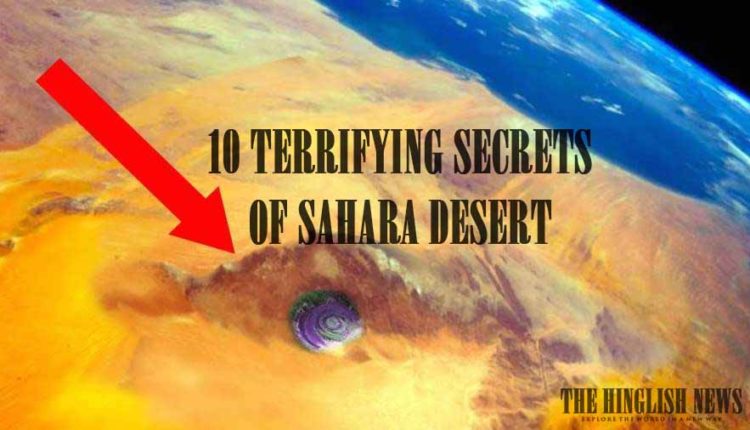 Sahara is the largest desert in the world which has had a great history and many secrets. However, Sahara secrets are terrifying than interesting. Over the last eons, it has gulped down many people, animals, and even the entire cities. It is so large that if you are lost, you are likely never to be found again. The history is full of such stories in which an army marched to cross this sand land was never seen again. Today, we are going to list 10 interesting secrets of the Sahara desert that will make you bite your fingers, literally.

Read Also: 10 Interesting Facts About Nostalgia We Bet You Didn’t Know About

10 interesting secrets of the Sahara desert

Sahara’s sand shifts regularly and has swallowed many things. Fortresses are one of them. Interestingly, more than 100 fortresses were detected by satellites in 2010. Later, archaeologists confirmed the existence of these fortresses and told that they belonged to Garamantes people (Libya). Since it was a desert, they didn’t have or had a limited source of water. Archaeologists suggest that they might have left the place empty and migrated to somewhere else when they ran out of water. Later, the shifting sand gulped down these fortresses. It is one of the 10 interesting secrets of the Sahara desert. 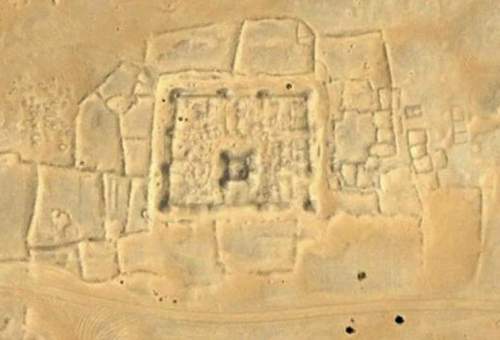 Also Read: 6 Feelings That Can Hide Behind An ” I Don’t Care!”

The Sahara desert has gone through several cosmic collisions. According to the scientists, a meteorite struck this place with so much energy that it converted some part of the desert into a delicate sheet of green glass. Later, it was called Libyan Desert glass. At the time, Egyptian did not know the origin of this glass, but they were using it for different purposes. During the discovering of Tutankhamun tomb, archaeologists found many artifacts made of unworldly material. It is one of the interesting facts about the Sahara desert. 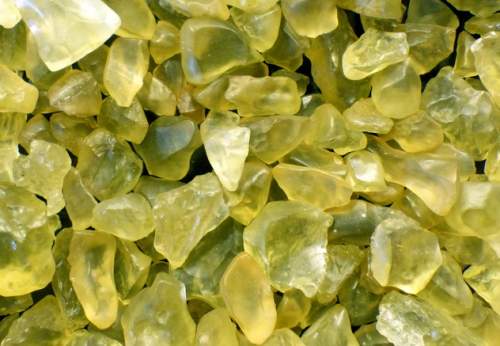 As said above that the Sahara desert has gone through several cosmic collisions, every fifth of all discovered meteorites has been found in the Sahara. However, scientists claim that Antarctica has had more collisions than the Sahara and the remains can’t be found due to ice. It is an interesting Sahara desert fact. 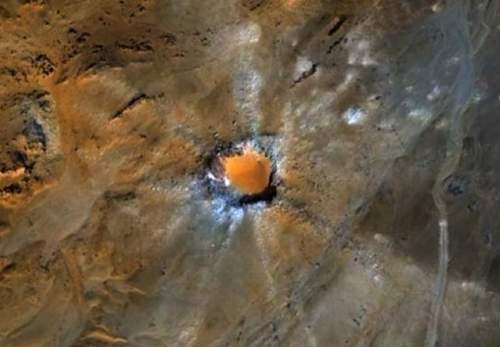 People keep searching for the water source in the desert, and once they find it, they build a colony nearby. The same happened when Neolithic tribes discovered a place where the annual flood created lakes. They make this place their home and built a civilization here. These were the same people who set up large blocks of stone in a circle known as Nabta stones today. Unfortunately, we still do not know why they aligned the block in a circle; however, if a researcher is to be believed, it is lined up with Orion’s Belt’s position. It stands at #7 in the list of 10 interesting secrets of the Sahara desert. 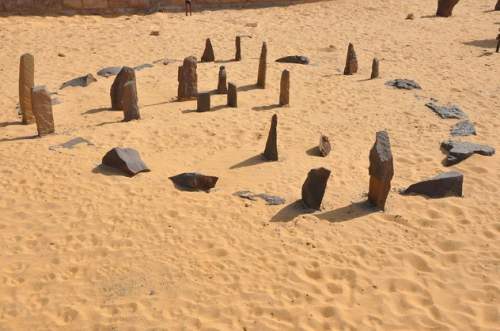 Much like the way scientists have discovered the ancient existence of water on Mars, they also revealed that the 12th largest drainage basin in the world flowed through the Sahara desert. It was discovered when river sediments were found at some places. The river, which is called Tamanrasett, dried around 5000 years ago, and researchers are still discovering more details. It is also one of the amazing secrets of the Sahara desert. 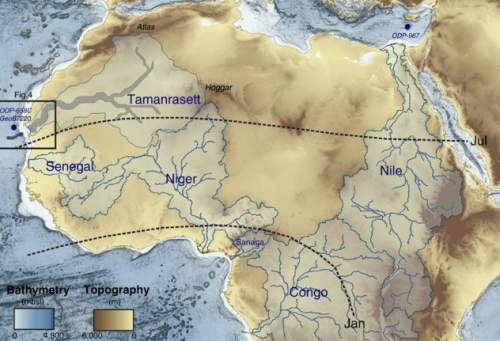 If you think that rivers were the only natural water source that has been swallowed by the Sahara desert, you are wrong. If researchers are to be believed, the Sahara Desert was once Tethys Ocean that dried for unknown reasons. Several whale fossils can be found in the Sahara Desert. It happened around 37 million years ago. Currently, paleontologists are studying a 50 feet skeleton of a Whale found here. It stands at #5 in the list of 10 interesting secrets of the Sahara desert. 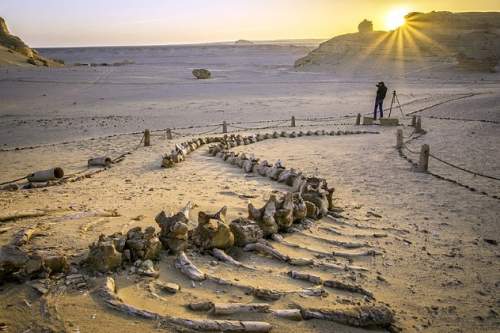 Also Read: Here Are Some Interesting Facts About India That Make The Country A Rising Superpower

If you have been considered dinosaurs to be the most dangerous species that existed on the earth, you are going to be surprised that Machimosaurus Rex – a species of Crocodiles equally dangerous of dinosaurs also existed before. Since the Tethys Ocean dried, Machimosaurus Rex could not survive. It was 30 feet long with brutal teeth, unmatched bite strength, and a huge head. It was so powerful that it could crush the shells of a turtle. It is one of the interesting facts of the Sahara desert. 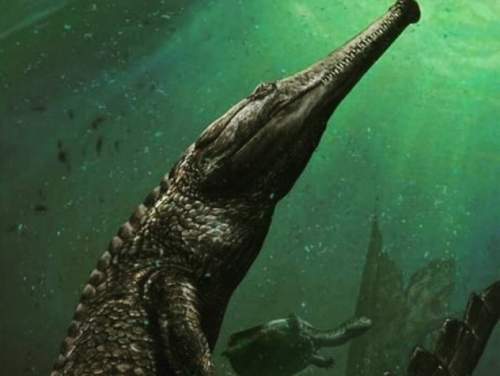 A damaged P-40 Kittyhawk along with its pilot went missing in the Sahara desert while going to the British base for repairs. The accident took place on the 28th June of 1942, and its remains were discovered when an oil worker accidentally hit found it in 2012. Unfortunately, no remains of the pilot were found, and it is still a mystery where the pilot disappeared. People believe that the pilot might be alive after the collision and tried to reach to the base on his foot; however, it didn’t make it. It is another one of the other 10 interesting secrets of the Sahara desert. 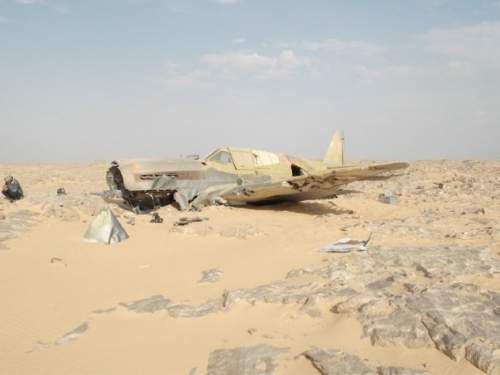 Around 95 million years ago, the Sahara Desert was also home to the Spinosaurus. It is the world’s largest carnivorous dinosaur measuring 23 feet in height and 52 feet in length. It is also the only known semiaquatic dinosaur. Seas were indeed home to the monsters. It is one of the terrifying facts about the Sahara desert. 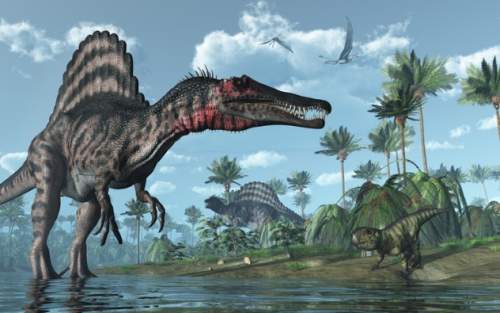 Read Also: “That’s How I Am And I Can’t Do Anything About That”

Around 10,000 years ago, Gobero existed in Sahara desert. Now, it is known as the largest human graveyard. Not only humans, crocodiles, fishes, and other animals’ skeletons were also found at this place. What’s interesting about this place is that the burial was surprisingly unusual. Talking more about this discovery, a man was buried with his head inside a pot, whereas another body was resting on a turtle shell. It is also a terrifying secret of Sahara desert that has been hidden for years. 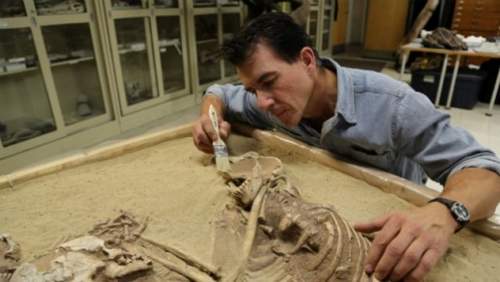 That’s all, people. These were the 10 interesting secrets of the Sahara desert. Which one of these secrets thrilled your mind? Don’t forget to tell us in the comment section below. Also, subscribe to our notifications so that you can read interesting articles every day.