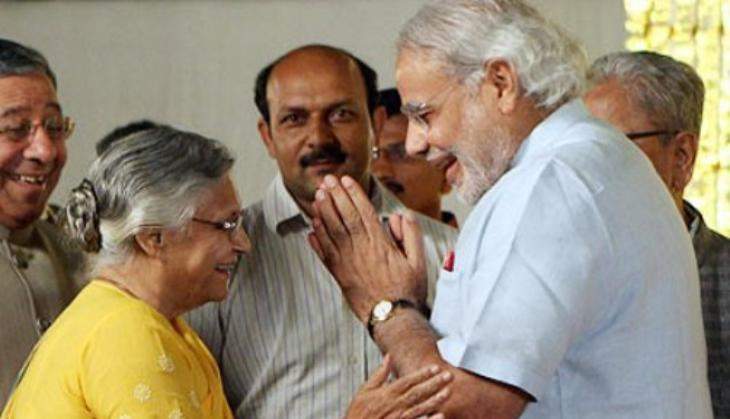 Late Mrs. Sheila Dixit was one of the best Chief Ministers of the capital state of India. She became the first Chief Minister who won three consecutive attempts in the leadership. She had excellent leadership qualities that made her an inspiration for many political leaders. She did many good works while her tenure and all of them may not be explained. Here are 10 good works done by Sheila Dixit that made Delhi a better place.

Have a Look at 10 Good Works Done by Sheila Dixit

Delhi metro was inaugurated in Delhi for the first time by the respected Chief Minister Late Sheila Dixit. Delhi Metro was completed during her tenure, and it is one of her excellent works.

The commonwealth games were held in the year 2010 meanwhile the tenure of the former Chief Minister. She had organized the entire event successfully that counts in her well-performed tasks.

The concept of triple IIIT (Indian Institute of Information Technology) was proposed in her tenure, and that counts in the success of the education system of India. It is because the students got the chance to learn something related to their interest.

Being a responsible Chief Minister, she was always concerned about the greenery of Delhi. She started a five-year plan to grow trees. Her plan worked well, and the country’s capital was able to reduce pollution due to the greenery.

She considered the flyover constructions on the busy crossroads. Such decisions still remain in the memories of people, as she developed the state with great ideas.

She had planning to bring bus rapid transit to Delhi, but due to some conditions, this program did not succeed. Still, she tried her best to fetch suitable transport services for Delhi.

The sanitary pads were distributed to the school girls for the first time in the tenure of Late Mrs. Sheila Dixit. This was to ensure the health of a poor girl who was infected with diseases due to the use of clothes during their menstrual period.

8. Planning for Delhi hospitals and schools:

Sheila Dixit planned for schools and hospitals and brought better management with her leadership skills. Her leadership quality was the main reason that she won three consecutive tenures as a Chief Minister of the capital state.

Diesel buses were causing pollution and Delhi was becoming the most polluted state. To save the lives of people in Delhi she proposed the CNG public transport idea. This reduced pollution by a large percentage.

Late former Chief Minister was passionate about making the capital state cleaner and the best place to live in. She focused on the adverse conditions of public transports and brought changes to them. She was the reasons behind the clean transport system in Delhi.

At last, our Formal Chief Minister made best efforts in three consecutive tenures and will be in the memories of everyone forever.

The author is a professional content writer. She has done Masters in Commerce and started writing research-based content. She has also done a short-term creative writing course from British Council India. She shares her knowledge with people through her blogs and articles. Read her content regularly to know about different things.

How Did Celebrities Spend Their First Money? Their Answer Is Delightful

Chocolate Protein Shake, Ideal After An Intense Workout At The Gym!